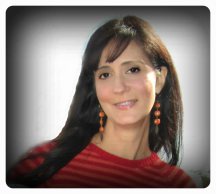 Kirsti Call: I first became aware of Tara Lazar when I joined her Picture Book Idea Month (PiBoIdMo) challenge.  What a wonderful way to connect with other writers in a common goal–one picture book idea a day for the entire month of November!  Last year I wrote an entire post about PiBoIdMo, and this year, I’m thrilled to have the opportunity to interview Tara and learn from her insights!

How did you come up with the idea for PiBoIdMo?

Tara Lazar: It was an idea born of jealousy! (All the best ideas are, right?)

All those NaNoWriMo people, having so much fun, sharing their successes, inspiring one another. I wanted to be part of it, but I did not want to write 1500 words a day!

I had to devise my own challenge. And at that point, in 2008, it was a challenge just for me. And maybe my critique partner, Corey Rosen Schwartz.

I thought writing one PB in a month wasn’t much of a challenge, but writing 30 in a month was pure insanity. What was something challenging—but reasonably so?

One idea a day. One concept for a picture book. Totally doable.

So there you have it.

In 2009, my blog had already gotten some traction, so I decided to put the challenge online. I thought maybe a dozen people would join me. Then a hundred people did. I couldn’t believe it! (I also couldn’t believe that I only invited 15 guest bloggers. That left me to blog myself for 15 days. I DO NOT RECOMMEND THIS. LOL)

KC: How has PiBoIdMo affected your career as a writer?

TL: Wow, it’s so hard to answer this one. I suppose a lot more people recognize my name, so that’s good. It has gotten me invited to speak at conferences, which is a helluva lotta fun. Has it sold a lot of my books? I have no real way of telling. However, it has helped me create BETTER ideas. And it has helped countless others create more, create better. I feel as though I’m helping contribute to the children’s literature cannon in ways I couldn’t have ever before imagined. I feel more a part of the industry. I feel more connected to the kidlit community and to the children reading our books. And that’s all good.

KC: There are now hundreds of people who participate in the PiBoIdMo challenge.  What were your expectations when you started the challenge?

TL: Yes, there are over 1300 participants this year. Like I mentioned previously, my goal the first year was 12. A carton of eggs. Now it’s the world’s largest omelet! (Wow, that was a weird analogy.)

KC: You are represented by Ammi-Joan Paquette of the Erin Murphy Literary Agency. How long did it take you to get an agent?

TL: Well, you could look at this two ways. It took me years or it took me a few weeks. Wait…what???

I knew I wanted an agent because I could not write and submit at the same time. When I was subbing my work, I had to stop all creative endeavors and put on my business hat. I had to research the most appropriate publisher; the right imprint; the best-fit editor. This was time consuming and difficult. Plus, I had to research comparable titles, write a stellar pitch and cross all my I’s and dot all my t’s. (Strike that, reverse it.) Gosh, this took forever! Weeks and months to submit, with no new bursts of creativity for my next project. I knew this slow, tedious methodology would never sustain a career.

But I also knew that I had ONE SHOT with an agent. I had better make it a bullseye. But, I didn’t feel strongly enough about any of my manuscripts. I thought I could do better. So I worked. And waited. I wanted an agent, but I refrained from querying. After all, my subs to editors were getting rejections. I didn’t also want to pile up rejections from agents.

I ceased all submitting for at least a year. I just worked. I wrote. I created. I revised. 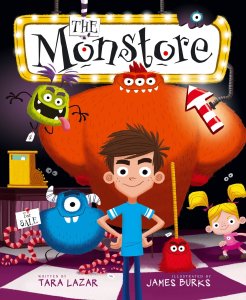 Then I wrote THE MONSTORE and my friend and critique partner Corey Rosen Schwartz said, “This is it! This will be published! I know it!” She waved the manuscript triumphantly in the air. Flutter, flutter went the promise of the pages.

She was already published, so I took her word for it.

I was still gun-shy on querying agents, but she convinced me to try someone who had a track record of quick-turnarounds. I sent him an email query and heard back later that day. He declined but his rejection said, “But I think this will be published. Good luck.”

That rejection gave me hope. Wait…what?

This is already a long story, so I’ll get to the payoff. Corey and another writing friend, Jean Reidy, gave me a referral to Ammi-Joan. She loved THE MONSTORE and asked to see other work. I sent it; she loved it all. (She’s still trying to convince me to finish the MG novel and make some of the PBs into chapter books.) I got a phone call and an offer shortly thereafter.

KC: Your debut picture book, THE MONSTORE, came out recently and you have five more coming out within the next couple of years.   How long were you writing and submitting before you found your first publisher?

TL: I always knew I wanted to be a children’s author, but it was never the right time. Then when I was pregnant with my second daughter, I felt this nagging inside (Or maybe it was just the baby kicking?)

In our local paper, I kept seeing a snippet about an organization called “Women Who Write”. They had critique groups organized by genre. The meetings were in the evenings, which I could swing with my husband at home taking care of our first child. So I went, pregnant, bloated and eager to learn.

A month after I joined, the group went on summer hiatus. I returned for two more meetings before having my daughter and then taking an entire year off. I returned in late 2007, at which time I also began my blog.

So I was writing seriously for about 2 ½ years when I signed with Joan and landed my first contract for THE MONSTORE.

KC: Do you have a writing routine?

TL: No, I don’t. Once I feel myself getting into any kind of routine, I get stifled. I enjoy winging it. There are long spurts without writing a single word. Those are “marinating” times. I have two or three good ideas in the back of my mind, just waiting for the right switch to flicker. When it does, I sit down and write.

KC: How do you find time to write?

TL: It’s not about finding time, it’s about making it. When there’s something you love to do, you just do it. Sculptors sculpt. Spelunkers spelunk. Writers write.

KC: Where do you get your ideas?

TL: Who knows? Seriously, they just pop into my head. But I am always trying to think high-concept, commercial, hook-y. So I look to pop culture, things kids love, and even schoolyard jokes. That’s how my book 7 ATE 9 came about. I also love word play, squishing words together to make new ones, and punny humor. A lot of my ideas come from these places. 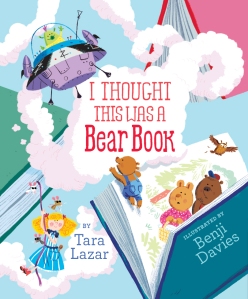 KC: What projects are you working on right now?

TL: Ooh, I just sold WAY PAST BEDTIME to my editor Alyson Heller at Aladdin. It’s about a kid who doesn’t want to go to bed because HE KNOWS his parents are throwing an incredibly awesome party after he falls asleep. Doesn’t every kid feel this way? Like they’re missing out on something outrageous after bedtime?

The most exciting part of a new project, to me, is finding out who the illustrator will be. And I tell ya, the person who lands this book will have a BLAST. There are some pretty crazy things that happen WAY PAST BEDTIME.

KC: You’ve got an incredible blog where you share treasures for the writing community.   What is your advice to writers who are just starting their careers in kidlit?

TL: Read a lot. Write a lot. There’s really no other way. Don’t worry about anything but developing your skills for the first two years. You will thank yourself later.

Remember when I ceased submitting for an entire year? Best decision ever.

TL: I love word play and puns. I just smooshed MONSTER and STORE together and BAM! That was all I needed to know. After letting that title marinate for a long time—months—I finally sat down to write it. When I realized Zack should not be allowed to return his monsters, the whole story fell into place.

KC: If you could go to the Monstore, what monster would you buy, and why?

TL: Ah, I love ending the interview on an easy question!

A butler monster! Yes! He would get my tea and prepare it just the way I like it (Earl Grey, two sugars, splash of milk). He would also pick up after my kids, cook dinner (as long as he didn’t get any fur in it), fold the laundry, and answer my phone with a fancy British-monster accent. Whatever that sounds like. A sophisticated Oscar the Grouch?

KC: Thanks Tara.  Just reading your words is helps me come up with more PB ideas.  I’m off to jot them down…go PiBoIdMo!!!

Her debut picture book, THE MONSTORE, is available now from Aladdin/Simon & Schuster. Her other books coming soon are: