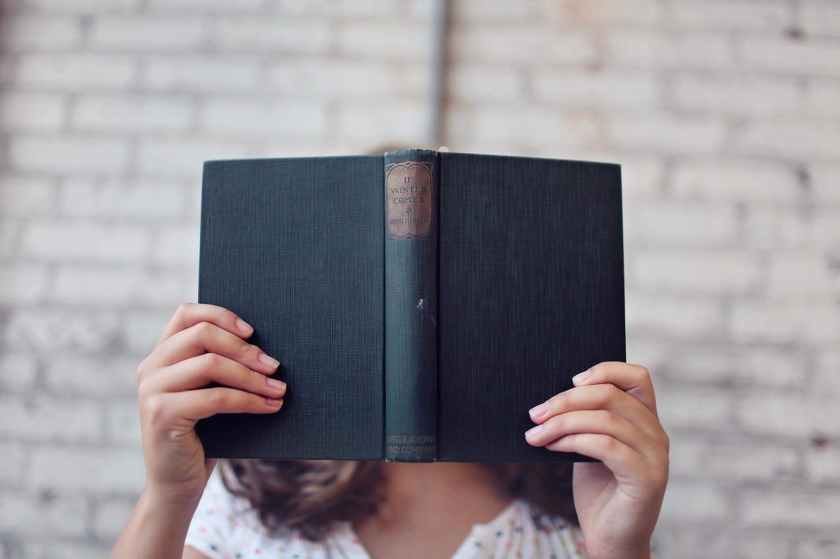 Last month, I took a break from writing, and decided to use my time to read instead. I dug out my library card, and headed over to the Derry Public Library. First, I paid my $8.00 overdue book fines from the summer before, and then dove into the young adult section. I had a list in advance of what I wanted to pick up, but was also open to anything that caught my eye. I was instantly impressed by the collection they had, and found my new favorite stacks – the Adult Level YA Display that features all of their newest YA acquisitions.

I am naturally drawn to Science Fiction and Fantasy, so I started there.

All in all, in the last six weeks, I’ve read 10 young adult novels. I was originally inspired by fellow Writers’ Rumpus bloggers, Carrie Charley Brown and Kirsti Call and their amazing project Reading for Research Month, “to help picture book writers reform writing by reading and researching mentor texts in the month of March”. I am not a picture book writer, but I thought that the same principles of PB could apply to YA.

Truth be told, once I started reading, I couldn’t stop. I had been focusing so much on my own books, that I had forgotten how magical it is to dive into different worlds, meet new characters – just get myself lost in a book.

Here are 7 that I thought I would share in the order in which I read them.

A fantasy retelling of the classic Cinderella story, but where Cinderella (Ash) falls in love with the King’s Huntress instead of the Prince.The romance between the two women is reserved, but satisfying. Lo also uses magic and fairy lore in a lush and menacing way, and is the backbone of the whole novel. Ash reads like a fairy tale, and has stories from the world injected into the both the narrative and the characters’ dialogue as metaphors for what they are thinking or feeling. Having just finished reading Grace Lin’s When the Sea Turned to Silver, this intrigued me, as she too uses story telling to drive the plot.

Lo has written a prequel, Huntress, and I will definitely be picking it up for a read.

Love in the Time of Global Warming by Francesca Lia Block

I really wanted to like this book. It has everything! LGBT characters, exciting imagery, magical realism, a modern retelling of Homer’s Odyssey, giants, romance… but I think that was it’s ultimate downfall. While I appreciated all of these things separately in the storytelling, they just didn’t all add up together.

I can accept maybe one leap of faith, one deus ex machina, one shark jumped; but this novel was like one giant coincidence. Magical realism aside, I couldn’t buy into the story, which left the characters feeling flat, and I had a difficult time getting invested in them.

So, I applaud the whimsical nature of this book, and the inclusion of an under-represented population, but otherwise it fell flat. I read a few reviews on goodreads to see if I was crazy, but the reviews were pretty polarized. People either loved it, or disliked it. If you give it a go, let me know what you think.

The Bleeding Earth by Kaitlin Ward 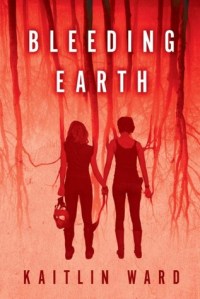 Imagine a world where one day the ground starts to bleed, seeping up through the earth for no explicable reason. Imagine the blood gets knee deep, starts to have hair and bones in it as well. This brings about a full on blood apocalypse, cities shut down, people shelter in place, start looting and killing each other over canned goods.

The Cursed Queen by Sarah Fine

The Cursed Queen starts with our M.C. ready for blood. Her clan of viking pirate warriors is preparing for an attack of a neighboring village at sea. They are thousands strong, and in moments, all is lost when the opposing witch queen rides out in a rowboat and conjures up a storm to end all storms. The main character and her bf/gf are the only ones who make it out alive and have to report back to the homestead. Trouble ensues. Oh, and add that the M.C. can shoot both fire and ice out of her hands, and you’ve got yourself a story. The dialogue was dense, the way I like it, full of debate, moral, political, social. Fabulous. I can’t wait to read the companion novel, The Impostor Queen. 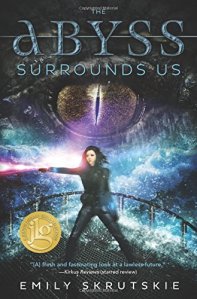 Pirates, giant sea monsters (called reckoners), a gutsy female M.C., Cassandra Leung, with moral ambiguity and a crush on the broody female gunner on the ship she is held hostage on, all make for an exciting read. The sequel fleshes out the romance between the two girls, and wraps up who Cassandra really is, and how she can use her talent as a reckoner trainer in the ocean and stay true to herself. This was really well written, the action scenes were great, and someone should combine the two books and make them into a movie. Thoroughly enjoyable. I am excited to pick up Hullmetal Girls, and dive into Emily Skrutskie’s next novel that includes “spaceships, jacked up cyborgs and angry girls”. Yes, yes and yes.

Honor Among Thieves by Rachel Caine and Ann Aguirre 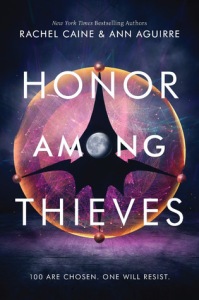 I really loved this book. The M.C., Zara Cole, is so complex, so electric, living on the streets by choice, in and out of halfway houses, and surprisingly chosen to be an Honor, the greatest achievement you can get in this new world, where an alien race called the Leviathan, sentient whale-like space ships, have saved humans from destruction. Zara’s transformation as a character was flawless, and I felt myself rooting for her the whole time. Great story about two unlikely kick butt females, and a living spaceship, breaking the rules and saving the day. A must read.

A few shout outs, definitely worth a read:

Dreadnought: Nemesis by April Daniels – “Danny Tozer has a problem: she just inherited the powers of Dreadnought, the world’s greatest superhero.”

Ready Player One by Earnest Cline – The virtual reality 80’s pop culture phenomenon lives up to all of the hype.

Reading for a month has really kickstarted my writing for April and May. I can’t wait to dive back into my own novels. Happy reading and writing!

By Kirsti Call, Illustrated by Denis AngelovJuly 5, 2022
9 months to go.