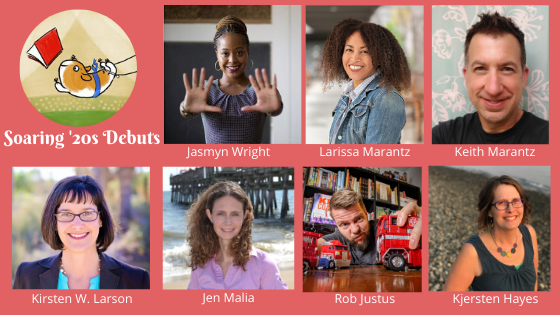 I’m pleased to be interviewing the debut authors of the Soaring ’20s picture book group this year. There is so much amazing talent here! Since it’s Valentine’s Day- the day of hearts and flowers and love- I’m going to use this as an opportunity to toss out a cheesy metaphor for our interview question.

KC: I LOVE hearing how authors and author/illustrators got the idea for their stories. From what SEED did your story BLOOM? 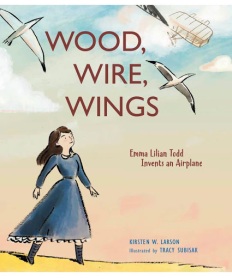 Kirsten W. Larson: The idea for WOOD, WIRE, WINGS, illustrated by Tracy Subisak (Calkins Creek) sprang directly from the picture book, ROSIE REVERE, ENGINEER written by Andrea Beaty and illustrated by David Roberts. There’s a magical spread towards the end after Rosie has attempted to build an airplane and failed spectacularly. Rosie’s aunt commends her failure and hands Rosie a notebook. In the picture, Rosie holds the notebook as she imagines the long history of female firsts in aviation including well-known names like Amelia Earhart and Bessie Coleman and little-known pioneers like Lilian Todd, whom I’d never heard of. I was hooked by the idea of a woman airplane designer working at the same time as the Wright Brothers. Andrea Beaty later shared that the idea for the illustration and all the research that went into it was David Roberts’s brainchild. I’ll be forever grateful to him. 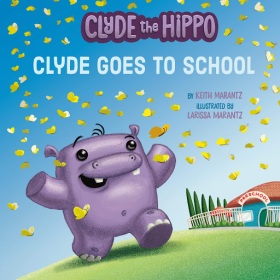 Keith Marantz and Larissa Marantz: When our youngest daughter was five years old, she wanted a dog. At the time, we weren’t ready to get a dog, but she would incessantly ask. One day, after hearing the question yet again, Keith responded, “Why do you want a dog when we already have a hippo?” Confused by that answer, she would say “Where is he? I don’t see him!” To which Keith, thinking himself quite clever, would respond, “You can’t see him because he’s hiding in the backyard.” The silly idea of a hippo hiding quite poorly in our backyard is what sprouted the idea of a picture book about an adorable hippo who wanted to hide but was terrible at it. An anxious hippo named Clyde was born, and along with it came the stories of his apprehension about preschool and braving the big kid slide on the playground. 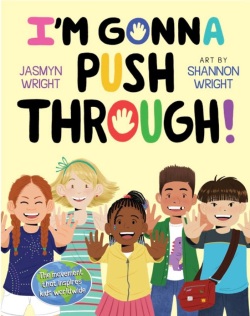 Jasmyn Wright: I’m Gonna Push Through! was inspired from a mantra written for my former third grade students in Philadelphia, PA, called Push Through. I uploaded the mantra to my Facebook page in 2016, and it went viral with 3.7 million views within one week. A year later, I was asked by GAP Kids to feature the mantra in their back to school campaign. Since then, the Push Through mantra has permeated classrooms in 25 countries, 19 states, and has even been translated into 4 different languages. I created I’m Gonna Push Through! to keep the legacy of the mantra alive. I hope that through this book, children around the world are continuously inspired and encouraged to believe in themselves, believe in their gifts, spread their wings, and push through anything that they put their minds to! 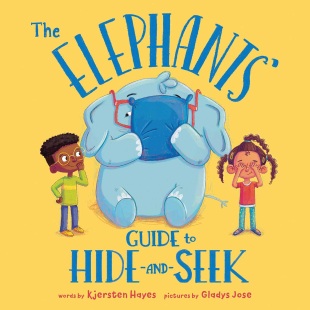 Kjersten Hayes: My idea for THE ELEPHANTS’ GUIDE TO HIDE-AND-SEEK came from brainstorming. I’d been itching to write a parody guidebook in picture book form, but wasn’t sure what to make it about. I brainstormed games, including hide-and-seek, but it needed more. I scrolled through my larger ongoing idea list and found a memory I’d jotted down from when I lived in Malaysia for two years with my then preschool son. We’d come home to Washington State for a visit and were driving by a forest when he pointed and said, “Mommy! Look! That’s where the elephants live!” I got a kick out of imagining elephants hiding in the Pacific Northwest trees as opposed to the forests he’d learned about in Malaysia. And when I rediscovered the memory, a new idea was born—A guidebook for elephants who want to be better at hide-and-seek. And that’s my book! 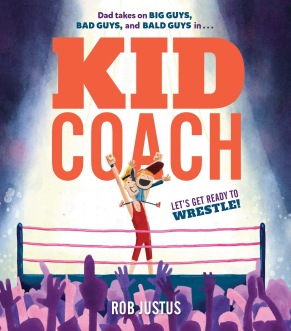 Rob Justus: I’d say the seed of KID COACH was planted by my love of the professional wrestler, Kenny Omega. I had just recently rediscovered wrestling after not watching it since I was a kid. I was immediately attracted to the athleticism and over the top personalities. I had just finished watching the CLASSIC second match of Kazuchika Okada vs Kenny Omega, which we all know broke the Meltzer star rating system by being awarded 6.25 stars out of five. ;D After that I just knew I had to write a children’s story about wrestling. Wrestlers are the perfect fit for over-the-top characters. Then it was during a shower that I thought of the father-son aspect of a non-athletic dad trying out for a wrestling tournament. I ran out of the shower and wrote the first version of KID COACH in fifteen minutes! It only took one hundred revisions later to see that book that is now out on shelves. So thank you Kenny Omega and Kazuchika Okada.

Jen Malia: I had no intention of writing a children’s picture book until someone asked me if I’d be interested in doing it.  I had written essays about autism for national newspapers and magazines. Then, an illustrator, Joanne Lew-Vriethoff, introduced me to Albert Whitman editors who were looking for someone to write a picture book about autism and sensory issues.  They had read my essay, “What a Muppet With Autism Means to My Family,” in the New York Times, so they asked me if I was interested in writing a picture book with an autistic girl as the main character.  Drawing on my own experience living with autism and sensory issues, I wrote TOO STICKY! so that autistic kids, including my own, could see themselves in a book.  Joanne ended up illustrating it.