Self-publishing through a platform that is set up to print and sell your children’s books online would be fabulous, if not for one huge drawback. And a few smaller ones.

The advantages are that you have total control over the content, the books are visible to a national or international audience, and you get a bigger chunk of the profit than if you went through a traditional publisher. Seems ideal, doesn’t it?

The biggest drawbacks are intentionally not immediately obvious, though. What follows are two narratives that will illustrate this problem.

In 2015 a young Harvard Business School attendee originally from Mexico had a wonderful idea for a start-up. He would publish dual-language picturebooks so that bi-lingual kids or kids learning either of the two languages, would have fun things to read. It was a fabulous concept. You can read all about it in this terrific interview Marianne Knowles did with this young publisher, Jair Hernandez, of Babl Books.

In the interview, Jair said that he was looking for existing, out-of-print picturebooks with universal appeal that he would reissue in various languages. I sent him my Sand Dollar, Sand Dollar, which had originally been published years ago by J.B. Lippincott, NY, later by Harper and Row. He liked the book, we signed a contract, and Sand Dollar, Sand Dollar became available on Amazon in bilingual editions in Tagalog, German, Spanish, Portuguese, French, and Vietnamese. What a fabulous idea that I was so proud of. 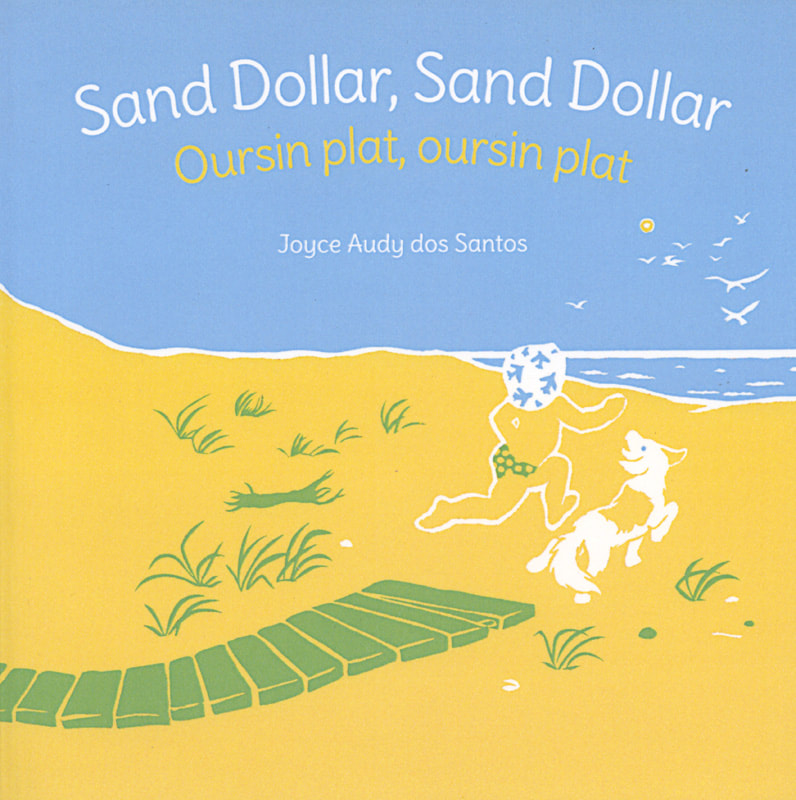 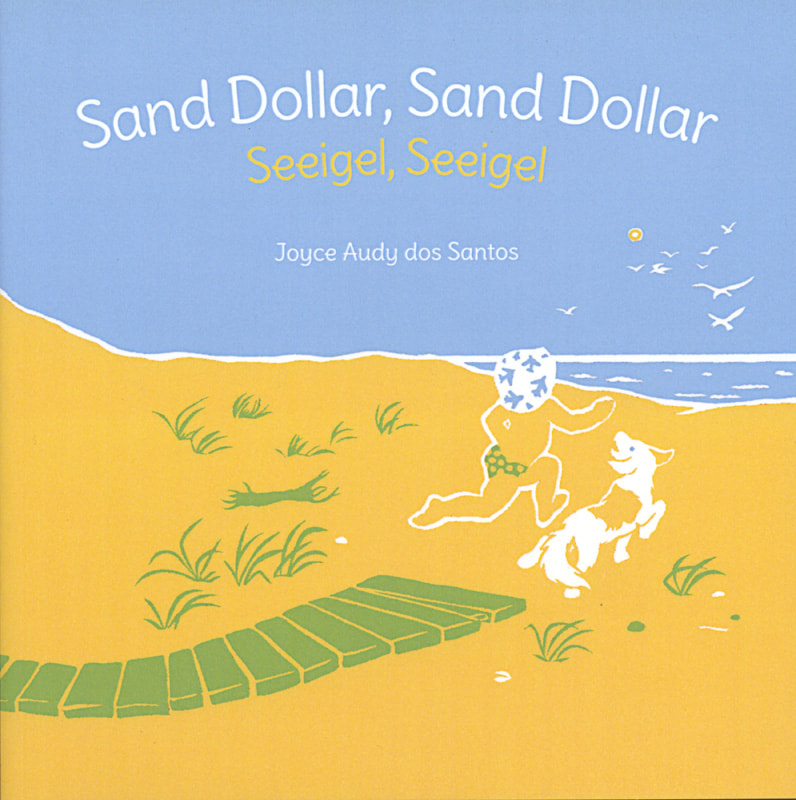 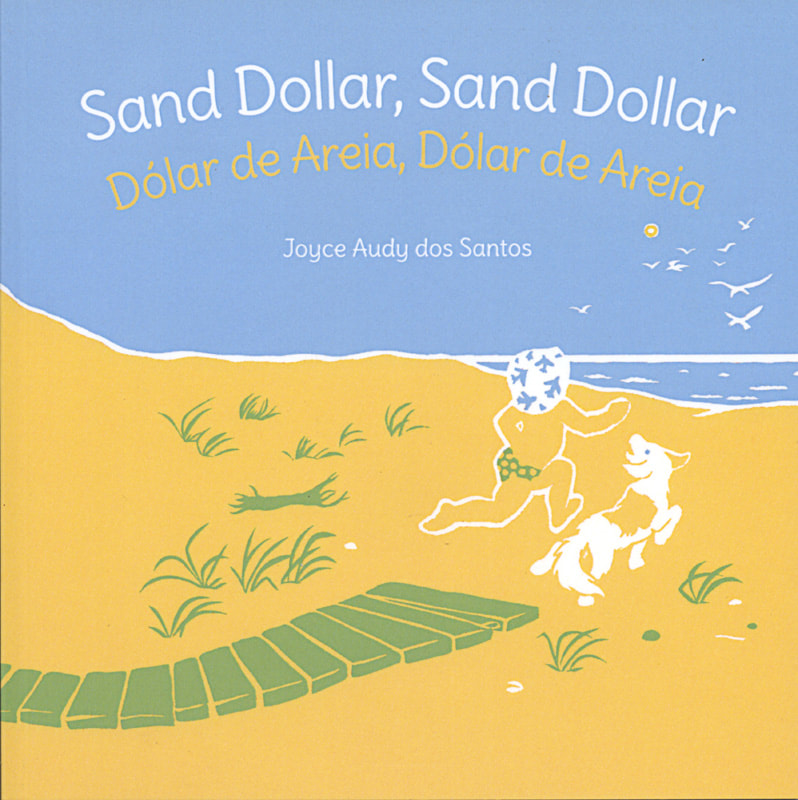 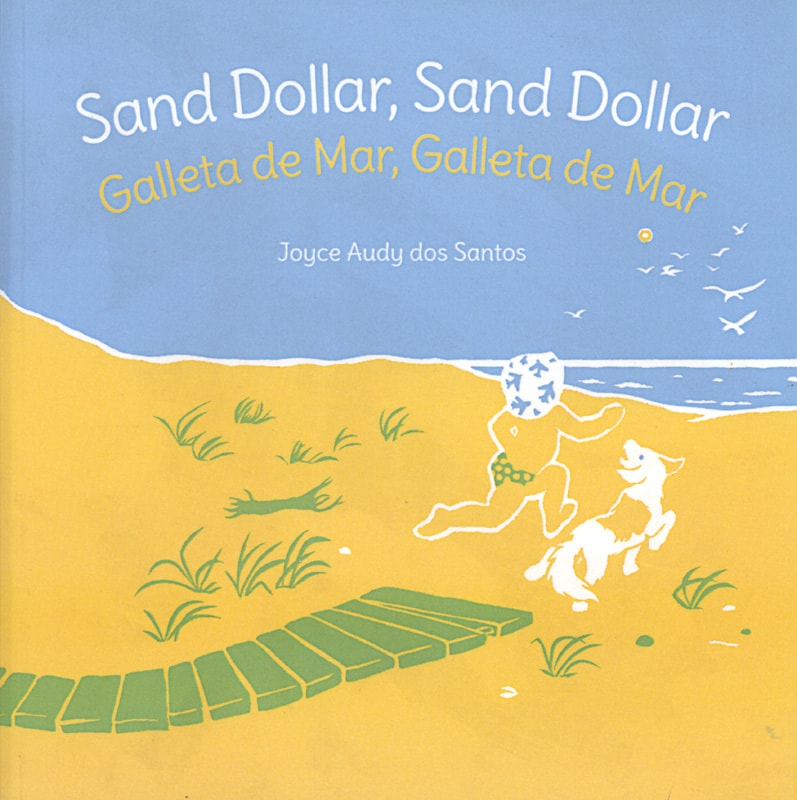 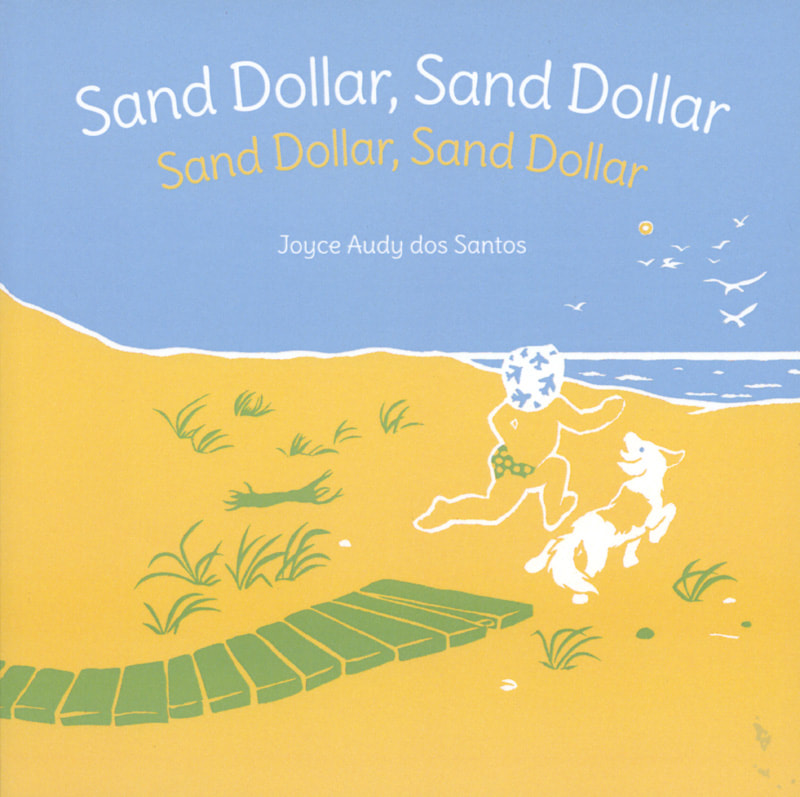 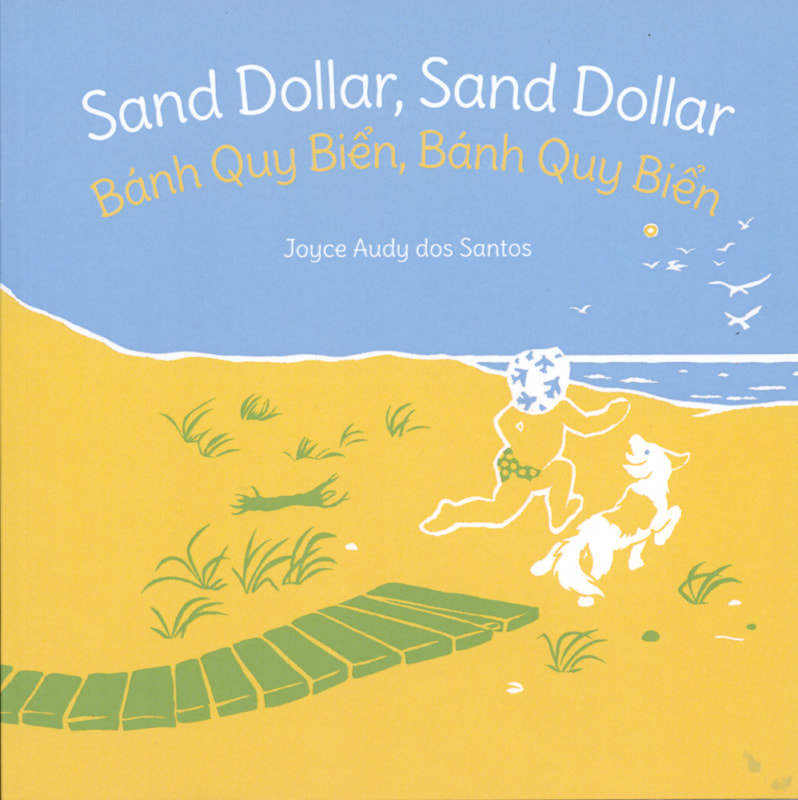 This publication led to a wonderful week-long artist residency at an international school in England where I talked about the books to kids from many nations. A definite perk that I wrote about for WritersRumpus.

However, when I went to Jabberwocky Bookshop in Newburyport –our fabulous independent bookstore–they were not able to carry Sand Dollar, Sand Dollar. Since Babl Books had gone through KDP (Kindle Direct Publishing), yes the book was available to everyone on Amazon, but it was apparently not available to bookstores or libraries. When traditional publishers sell their books, the bookstores usually earn 40% of the retail price. And publishers have salespeople who interact directly with bookstores to promote new books. Neither was possible in this new print-on-demand and sell on Amazon paradigm if Babl Books was to get the percent of the profit that made the publication feasible.

Jair perhaps had not taken into account that the books would be sold only through Amazon, not in bookstores. KDP uses print-on-demand, which meant that the books were only printed as each customer bought one, so there was no expense upfront for Babl Books and no need for warehousing an edition of books, which was incredibly attractive. However, there was no promotion at all, other than that the books are available on Amazon’s site.

But the largest pitfall was the lack of sales to bookstores and libraries. That was huge.

And that is what killed Babl Books. Their website is still up and you can still order books through Amazon, royalties are still being paid, but the corporate office is gone and they are not taking on any new books.

This problem was made crystal clear to me through my involvement with another book, one not for children, but for adults. Same deal though.

Site-Specific: 20 Years of Outdoor Sculpture at Maudslay was also published through KDP, but for a different reason. This book commemorates a specific anniversary of a local exhibit. The exhibit’s regional nature and time-specific framework made it an unlikely candidate for a traditional publisher.

Open Air Arts is the not-for-profit organization that is listed as the publisher. It consists of Bert Snow, the Exhibit Coordinator, and perennially has barely enough funding to run the exhibits. I have had artwork in fifteen of the twenty shows, so when we talked about doing something special for the anniversary, I suggested we do a book. Guess who was chosen to pull together that cool idea.

After researching various options – one designer friend suggested we could publish it ourselves which would only cost $10,000 or so. (Not even remotely possible). I came to the same conclusion Jair had. KDP/Amazon. No start-up costs except the $99 to purchase the ISBN number and it would be visibly available on Amazon. Among the regular Maudslay artists were Lynne and Jay Havighurst whose graphic design business is Artfluence. These two artists beautifully designed the book for a pittance.

The royalty calculator for Site-Specific: 20 Years of Outdoor Sculpture at Maudslay was revealing. There, in numbers, was the explanation of the bookstore problem. The annotations in blue are mine.

As you can see, the royalty the exhibit earns is good if the book is only available through Amazon. Nowhere on this explanation or anywhere else, is there mention that bookstores cannot get their normal earnings for the book.

After most of the 305 artists who have participated in the exhibit over the years and their friends and other regular viewers have purchased what books they want, we may decide to switch to expanded distribution. The paradigm would change. The book would be “available” to bookstores and libraries if they are willing to sell it for significantly less profit than they are depending on. And even with this shortfall, Open Air Arts’ royalty shrinks incredibly. Although the book would be available to bookstores (many of whom will not be able to afford it), Amazon does no promotion, has no salespeople to convince the bookstores to buy it.

Site-Specific: 20 Years of Outdoor Sculpture at Maudslay went live on Amazon/KDP, on July 21st.  After my experience with Jabberwocky about Sand Dollar, Sand Dollar, I learned that a friend had a book at the store on consignment. Really? I spoke with the bookstore about this because I can get author’s copies from KDP for a greatly reduced amount, though we get no royalty on those. Jabberwocky agreed to take only 20% of their usual profit per book because it is about a local exhibit and local authors and a fundraiser for the exhibit. That combined with the author discount means that we can purchase the books, sell them at this one bookstore and still earn a decent royalty for the exhibit. That’s going to be one useful workaround.

For some people, self-publishing seems like a no-brainer. Here are two examples – one from a start-up publisher of children’s books, the other a fundraiser for adults. Both were the best possible solutions under the circumstances, but show that you must be canny about the definite pitfalls.