Note: I was given a review copy of this book.

Imagine a world where “the line between animals and humans was not so clearly defined” and a protagonist who looks something like a child-sized fox, though upright on two legs, and having no tail and only one ear. The tin medallion around his neck identifies him as nameless Number Thirteen, and Miss Carbunkle’s dreary Home for Wayward and Misbegotten Creatures is the only home in his memory. He and the other orphaned groundlings, as this melange of part animal, part human creatures are called, suffer deprivation and oppression in this gray and dismal institution. It is devoid of anything beautiful, particularly music and song, which are strictly forbidden.

Miss Carbunkle forces the orphans to do piecework in her factory, making thousands of mysterious steampunk-type mechanical beetles. Eleven-year-old Number Thirteen is thoroughly traumatized by these abusive circumstances, and his lack of personal history, until hints of his own special traits begin to appear: he can understand the language of mice and when asleep he sings a lovely melody that is his only memory of someone who perhaps once loved him.

When painfully shy Number Thirteen rescues a small flightless bird from bullies, he is rewarded with her friendship. She is Trinket, an ebullient inventor and instigator of daring feats. She gifts him with a name, Arthur, as in King Arthur of the Round Table. Through Trinket’s ingenuity the friends escape and head to Lumentown so Arthur can discover his roots. There they become separated and innocent Arthur unwittingly falls in with a group of thieving rats who try to teach him the art of pickpocketing. He is no thief, yet a wondrous machine called the Songcatcher is nearly too much to resist. Accused of stealing this magical device, he runs away and ends up in a slave labor camp in the dark underworld beneath the city. By page 417 an inferno around Arthur resurrects memories of his family – his mother, father, and three sisters who died in a fire set by townspeople who sought to exterminate goundlings. He remembers his mother telling him that song is his destiny. Eventually the mystery of Miss Carbunkle’s devious plan is revealed. And a satisfactory resolution for Arthur and the other orphan groundlings is found. 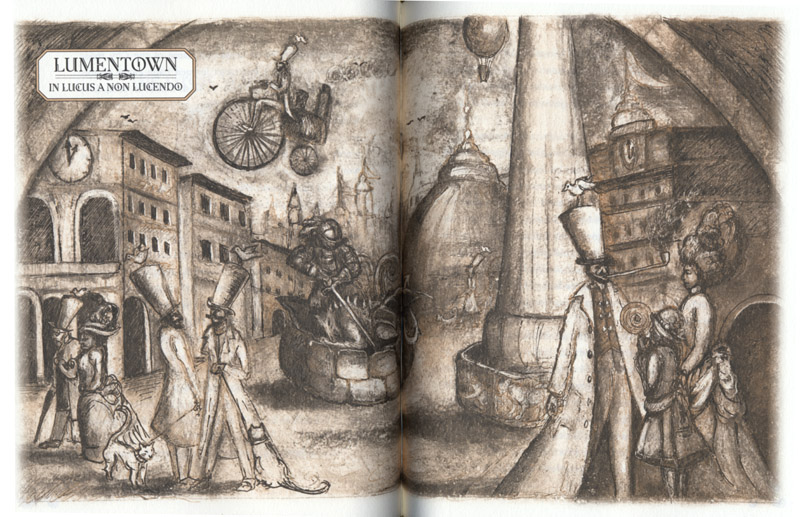 A substantial portion of the book’s four hundred fifty pages deals with dark, dire situations. Arthur has never seen the world beyond the gray walls that confine him. Not until page one hundred and seven do Arthur and Trinket escape the abusive orphanage and its workhouse. As they sail over the wall he is amazed by “the improbable light of spring”. Next he sees the horizon for the first time ever and people and sheep far below, seeming tiny as ants. Later when he is entrapped in the nearly literal bowels beneath the white city, Arthur’s predicament grows far worse. Meanwhile he is a relatively passive character. Trinket is the one with ingenuity and drive. 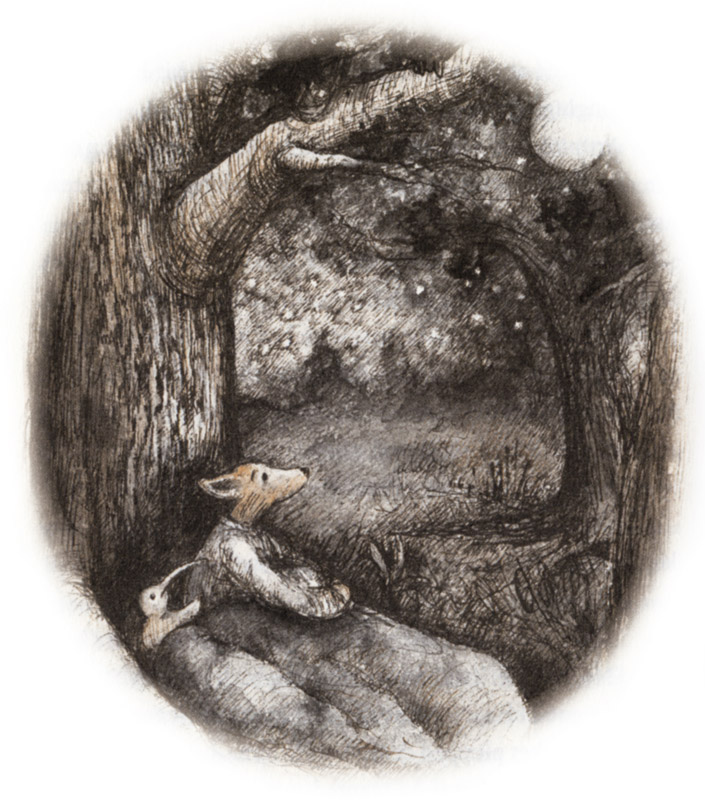 The Dickensian tone of Mira Bartók’s accomplished writing style is sprinkled with vocabulary not usually found in middle grade fiction. One example: palimpsest – which brings to mind voices like John Greenleaf Whittier or Cicero – is a clever pointer to the layered structure of this story: throughout are references to other works of literature. The overall tone reminds one of the gothic fiction novels A Series of Unfortunate Events by Lemony Snicket, and just as the Baudelaire children, Arthur was orphaned when a fire claimed the rest of his family. As in Oliver Twist, Arthur is a poor orphan who falls in with a pickpocketing crew akin to Fagin’s. Nurse Linette, Quintus, Miss Phoebe and other Wonderling characters also echo denizens of Oliver Twist. The ferry Arthur rides to the other side of the dark river is guided by the Norahc, whose name read backwards is Charon, the mythological ferryman of the River Styx who transported souls to the underworld. Miss Carbunkle’s manticore is not unlike Hagrid’s in Harry Potter. These references add shades of meaning to the originality of the characters and the world-building of Arthur’s quest to discover his musical destiny.

The Wonderling is gorgeously designed with copper foil enhancing the calligraphy on the cover, and chapter openers and duotone decorations designed to enhance the gothic aura of the story. A map at the beginning illustrates The Wonderling’s world where Arthur, Trinket, and a host of ideosyncratic characters, miscreants and slyboots lurk.

Grades three to six, 450 pages. Candlewick, September, 2017. Illustrations for the jacket and interior by Mira Bartók were done in ink, gouache, and graphite. Jacket and typographic design by Iacopo Bruno, printed in Berryville, VA, typeset in Dante MT.