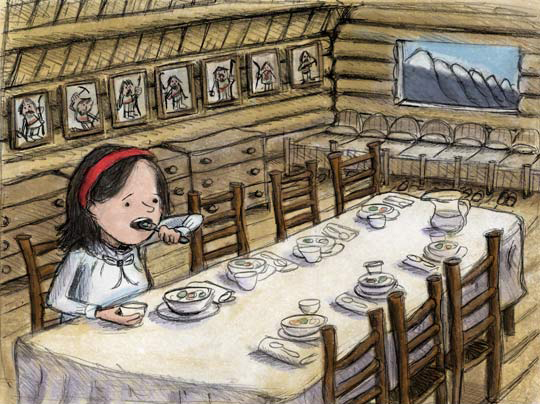 Most competitive reality shows make me very nervous. They have far too much tension to make me feel like it is at all relaxing to watch them. But I’ve recently gravitated to two shows, both of which entertain me and give me something to think about with my illustration.

“So You Think You Can Dance?” and “Last Comic Standing” are two shows where creative people perform their art in front of a three-person panel of expert judges who then give them (highly edited) feedback so they can improve their work. These days, the most interesting feedback to me is coincidentally similar to the most recent feedback I’ve received on my illustration.

On “So You Think You Can Dance,” a woman performed a very strong dance to the song “All of Me.” Feedback from all three judges was that while she did a technically great job, she really could have pushed the emotion more. All the pieces were there, but it was missing something.

Similarly on “Last Comic Standing”, a young man had very good material and delivered it well, but the judges all agreed that if he added more of himself, really pushed the emotion and performance, it would be so much better.

I have experienced similar feedback in critiques I have received from art directors, and am working to improve in this area. At this year’s annual SCBWI winter conference in New York City, we had an assignment to do a piece from Snow White that focused on setting and character. The feedback I received from illustrator and teacher E.B. Lewis was that while technically everything was there and my line work and color was working well, the point of view and emotion could be pushed more to make it a really interesting piece. What emotion was I trying to convey with the piece and in that moment? I think I had been so focused on making sure that I had an full setting that told the story that I didn’t make sure I pushed it as far as it could go to make it really intriguing to look at.

Another piece where I received similar feedback is for this image of a girl about to bomb her brother with water balloons. Penguin Art Director Giuseppe Castellano told me that from a technical point of view, all the pieces were there, and that it had a fun concept and interesting linework, I really could have pushed the point of view more, made the girl even bigger so we all could identify with her and be on her side even more.

This lesson I am learning and working at reminds me of an interview I read many years ago with the photo-realist painter Richard Estes. The interviewer asked him how his work had changed over the years. He said that the work he does now is more finished; and that when he looks back on his earlier work, he can see that he stopped too soon.

I can see that a number of things go into making a great children’s book illustration: concept, character, narrative, composition, color, texture, detail. I think at a certain stage as illustrators, we are very focused on making sure the technical aspects are all there and have to keep growing into the other aspects that will make the image truly great.

I also think that we are all constantly learning and evolving so that we can be our own reality show judges. We can be our own expert panel looking at our work and telling ourselves, yes, you have come very far and that works, but why don’t you try to push this part more? With every image we look at and every bit of feedback we receive, we add to the stream of chatter in our heads that assesses each draft and informs the decisions we make with our art, whether it is conscious or becomes, after a while of working, an unconscious part of our process.

You can see more of my head-chatter-influenced images at: www.dianazipeto.com

What is your own reality show judge saying about your work these days? 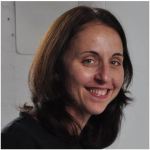 Diana Zipeto is an illustrator and designer living in an energizing artist community in Lowell, MA. You can see her work at www.dianazipetoillustration.com. She has most recently illustrated books in the Olive and Max series published by Schoolwide, Inc.