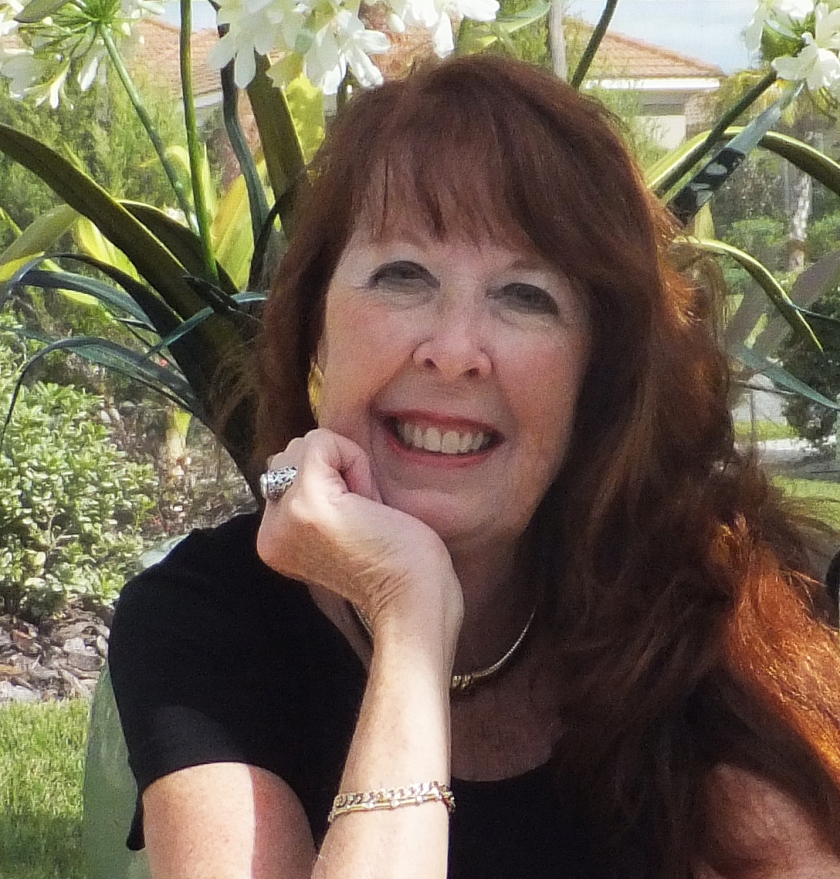 I met Sandra Markle when I attended Jane Yolen’s Picture Book Boot Camp. The tall and stunning Sandra Markle stood out. I had no idea at the time that she was the author of more than 200 nonfiction books for children. When I was reading the spring 2016 SCBWI Bulletin, there in the people AWARDS section was the longest list with award after award. It belonged to Sandra. I wanted to interview her! Here we go:

Carol Gordon Ekster: Sandra, tell us about your journey into becoming a children’s author.

Sandra Markle: My journey—that makes me smile because it calls to mind gearing up for an expedition. In fact, that’s exactly what the experience of becoming a children’s book author has been for me. And, if I were to draw you a timeline, it would be on-going. I believe I’m still becoming a children’s book author. At least, I hope I am. Children continue to surprise and delight me and I continue to work on writing books I hope will tickle their natural curiosity and inspire them to think creatively.

But I know you’re looking for a beginning. It was in the classroom, teaching elementary school, when nonfiction books were only black and white and there just weren’t enough of them—certainly not enough that were fun and exciting. Couple that with the fact that I had an explorer’s spirit. I quickly learned writing children’s nonfiction opened doors for me to go and do amazing things and meet fascinating people. To name just a few of many examples: I interviewed all three Nobel-Laureates who invented the transistor, had a chance to test out the Manned Maneuvering Unit (MMU) trainer, camped out with 160,000 Adelie penguins in Antarctica, wintered-over in Antarctica when temperatures plummeted to -129F, interviewed Scott Carpenter about his work both in space with Project Mercury and at the bottom of the ocean in Sealab II, spent a month aboard an icebreaker where the maps were wrong–and lots, lots more.

I’m honored to write books for children. Perhaps one of the most special moments for me was when I was interviewing a scientist who was working to save the lives of little brown bats. I was ready to start asking her questions when she stopped me cold, saying, “It really is you!” She went on to explain that she’d chosen her career after reading some of my nonfiction books. I’d always said that one of my goals was to inspire children to consider science careers. I was thrilled to have come full circle and be interviewing someone who’d done that and was making a difference for wildlife.

CGE: Why nonfiction? Have you tried to write fiction?

SM: I think my earlier answer shares why. I LOVE exploring and investigating and getting to know people who do amazing things. Best, I still keep up with many of those wonderful experts.

Interesting that you should ask if I’ve tried to write fiction. My first Middle Grade novel Gasparilla’s Gold (Tumblehome Learning) will be coming out this year. 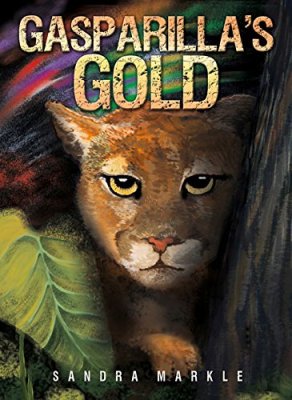 It’s already available for pre-order on Amazon. Here’s a little hint at what it’s about. It’s what I call a “Sci-Venture”—an action-packed, heart-grabbing story infused with real information about wildlife.

Twelve-year-old Gus, spooked by storms and still mourning his older brother’s death, dreads spending the summer with his Aunt Willie on a Florida wildlife refuge. But soon he’s drawn into a hunt for pirate treasure and an attempt to save wild animals—including an elusive panther—from local poachers. With the help of a feisty girl and a zany sculptor, Gus regains his courage and a sense of his place in the world.

CGE: Can you tell us how you balance the research and the writing and is one harder for you than the other? And do you choose your own topics, or are topics requested by publishers?

SM: Every one of my nonfiction books starts with lots of research. Although publishers do sometimes ask me to write a book about a certain topic, a book usually begins when something captures my attention. That sends me in search of everything I can find out about that subject. Which, happily, requires me to seek out and talk to everyone in the world—anywhere in the world–I can find who is involved in every aspect of that story. I think the record-holder in that category was talking to a scientist who was on a satellite phone from a jungle in South America where he was studying army ants.

Slowly, the book takes shape in my mind so I see the spreads (lefthand/righthand pages) laid out. That isn’t to say the writing is then a snap because it takes writing and rewriting to make the language inviting and enticing; intriguing and challenging; inspiring and satisfying. I write until it feels like I’ve woven the story’s tapestry. And then I fit in the photos I’ve selected (because I do the photo search for my photo essays) and rewrite as needed so text and photos become one whole. 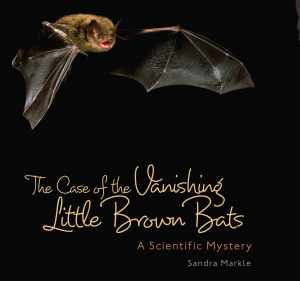 Or, if the book is to be illustrated, that step happens when the rough draft sketches come to me. I remember, for example, in Toad Weather (Peachtree Publishers) the artist delivered a fabulous full moon view of one scene. 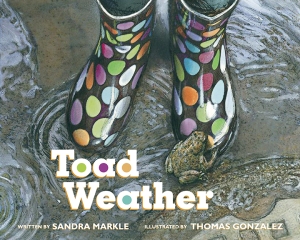 So I changed the text to fit that image. I want each book to transport the reader to the story’s special place and catch them up in the experience I’m sharing. I believe that should happen as totally with nonfiction as it does with fiction.

SM: What I like best about being a children’s author are the children. I love sharing my books with children and when I’m writing I mentally gather a group of children I know and tell them my story. Again, like fiction, I believe nonfiction should be just as inviting for reading aloud. In fact, I heard from a teacher about a year ago because a little boy in her second grade carried What If You Had Animal Teeth!?

(Scholastic) with him all the time. She wanted me to know that at every story time, he asked her to read it. Of course, when What If You Had Animal Hair!? was published, I sent that little boy an autographed copy.

The letters and emails kids send me are always wonderful. Children are just the BEST audience!

The most difficult part of being a children’s author is there are SO MANY books I want to write there’s just not enough time to write them all—though I keep trying.

True story—A mom emailed me recently that her two sons loved one of my What If You Had!? Series. They were collecting them and had read the most recent. I wrote back to thank her and told her to let the boys know which new title would be published next. The following morning I had another email from the mom. One of her sons had just asked, “Since it’s been a very long night, does she have the new book done yet?”

CGE: Do you have any publishing ups and downs you can share with us?

SM: One of the biggest downs led to a very big up. Early in my career after I turned in Outside and Inside You  (Atheneum), my editor sent it back with the note: “I like page eleven.” I learned some very valuable writing lessons about pacing, flow, and developing spreads as I reworked the entire text to be as good as page eleven. Happily, that book went on to launch The Outside and Inside Series that was honored with numerous awards and led to a very long friendship with that editor and the ones who worked with me on the series for more than a decade.

CGE: Do you have a writing schedule you adhere to?

SM: I do have a writing schedule and it’s simple. I write every day with very few exceptions. I do my creative work in the morning. I work on revisions and research in the afternoon. And I very often catch up on emails and fan mail in the evening. That schedule is easier now. Early on, I was a mom with a young son and daughter, a full-time teacher, and writing whenever I could squeeze in time. My son Scott told me only recently that he thought our house was haunted when he was a boy. Later he’d realized the click-click-clack he’d heard was me up late at night writing on what was then my electric typewriter. (Don’t anyone dare ask me the year.)

CGE: What does the future hold for Sandra Markle?

SM: I hope to have my journey to becoming a children’s author continue for a long time. There are so many experts I want to talk to and places yet to explore. I want to bring this amazing world to life for children in my nonfiction books. And I want to create more middle grade novels that inspire children to imagine and have fun while discovering real facts about their world that just slip in naturally.

In other words, “a children’s author” isn’t what I do, it’s who I am. So I’ll keep on writing. 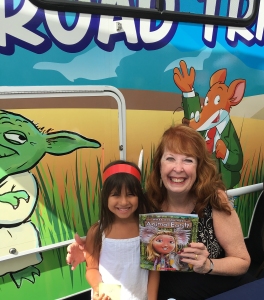 Besides, as I tell children during school visits, every time you read one of my books I’m right there sharing that story with you. I want to keep on sharing all that’s amazing in this world with children.

CGE: Thank you, Sandra. You are an inspiration!

You can connect with Sandra here: