I have a confession to make. Even though I write for a living and tell people I really do love writing, as you’ll see in a moment, some part of me, in fact, really does not love writing. Some part of me likens writing to a battle to be fought. The proof is on my night table:

Yes, these two books top the pile next to my bed.

There are other books in the pile, most notably The Creative Habit by Twyla Tharp and old standbys On Teaching and Writing Fiction by Wallace Stegner, On Writing Well by William Zinsser, and Story by Robert McKee.

For someone who has been writing for most of her life, you’d think I would have moved past how-to writing texts, right? It’s funny; there have been years when I’ve written away, not needing reassurance or motivation. This year, apparently, is not one of those years. So, back to the first two books on my pile.

Last week, I opened my inbox and found a notice from the library; the book I requested had come in. What book? I read the title, and I swear to you I had no recollection of reserving it. Was it amnesia or was the universe (or my friendly librarian) trying to tell me something? I drove over and picked up the book, Pressfield’s The War of Art (yep, the one that ended up on my night table). While still in my car, I glanced at the first page, and bam!, the opening lines of Robert McKee’s foreword (yep, the same Robert McKee whose book was already next to my bed) hooked me.

He wrote, “Steven Pressfield wrote The War of Art for me.”

Well, if it’s good enough for McKee, I’d better keep reading. And read I did. I read for a few minutes and then I drove home. And later that evening, I read some more.

Pressfield’s book is a quick read filled with thought-provoking and quotable statements. His premise is that for our most important endeavors, the ones that push us to grow, there are equal and opposing forces that seek to keep the status quo. He calls these forces “Resistance.” He writes:

To summarize, Pressfield argues that to be creatively successful, we have to defeat “Resistance” in all its forms. We have to ignore the temptation to stop; we have to push forward.

And you know what? The next morning when I sat at my desk and heard the little voice  suggesting I go for a run before starting work (Resistance!), I pushed it aside, opened my laptop and got to work.

Honestly, Pressfield’s book didn’t tell me anything I didn’t already know. What his book did—and what lots of other books on the creative process do—was talk with me for a while, remind me of what I already knew or didn’t want to admit, kind of like a wise college professor whose perspective gives you a boost or a kick in the pants or whatever it is you need to tackle your next assignment.

So, to paraphrase Pressfield, the next time you feel the urge to procrastinate, know you’re in good company. Accept the feeling, and let it pass.

For what you get to do next is write. And make no mistake: we writers are a lucky bunch. For us, words—our own and other people’s—transport us to that quietly hazy place where the world drops away and we get to travel, alone but not lonely, and be educated and entertained, soothed and inspired.

You’ve heard it before, but it bears repeating: Just start. 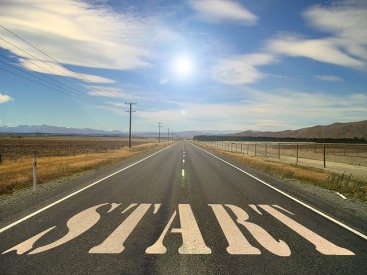 When that mind-numbing knowledge that you have nothing to add to the written conversation blocks you, just type one word. Any word will do. And then type another and another because chances are, lo and behold, that while you’re typing gibberish, you’ll pause. There it is: a phrase or idea that sets your heart pounding and your mind racing.

You won’t know until tomorrow if the idea’s any good, but for now, who cares, you’re in the blissful zone where it’s just you and the voice and the sound of your fingers tap, tap, tapping.

is a business writer by day, fiction writer by night. A member of SCBWI and NEST, she writes middle grade and young adult novels. Though she’s technically a “flatlander” (born and raised in Massachusetts), Dede has lived in Maine for many, many years, since her undergraduate days at Colby College. When she’s not writing, Dede can be found spending time with her family, reading, cooking, knitting, walking her dog, and her newest endeavor, training for a local 10K race.