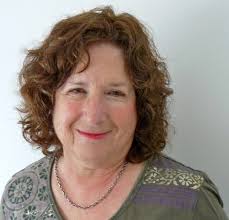 Carol Gordon Ekster:  Jane, you wanted to write since you were little. When and how did you make dream a reality?

Jane Sutton: One of my first jobs after college was staff writer for a weekly newspaper in New York State. For holidays I would write a children’s story that was published in a large font along with illustrations. When I moved to Boston, I showed my Valentine’s Day story to an editor at Houghton Mifflin, and eventually, it became my first picture book.

CGE: Tell us your journey into publication. Was it a roller coaster ride or a paved trail?

JS: Definitely a roller coaster. In fact I use the roller coaster illustration in my book The Trouble With Cauliflower as a metaphor for the life of a children’s book author, or at least this one. I’ve had ups (2 books in a row with Houghton Mifflin, then 2 books in rapid succession with Dutton, and 2 with Dial), with discouraging lulls stuck at the bottom of the coaster in between. I’ve worked with agents and submitted on my own.

CGE: How do you structure your time?

JS:  My schedule varies. If I have a deadline, I write like mad.

CGE: How has writing and being an author changed for you since your first book, What Should A Hippo Wear? came out in 1979? And can you share a high and a low from your career?

JS: Back when my first book came out, there were many more publishers, which eventually got swallowed up by bigger companies. So now there are far fewer places one can submit, since you can’t submit to more than one imprint of the same company. Also, acquisition decisions are more driven by marketers than editors.

A high for me was my middle grade novel Me and the Weirdos winning an ALA-CBC Children’s Choice Award and the Utah Children’s Book Award, getting published in French, picked up in an anthology, and selling over 90,000 copies.

A low was when my insightful and kind agent retired.

CGE: You seem to write a variety of genres? Do you have a favorite? What are you working on now? 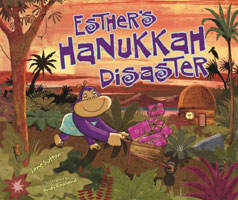 their one-plot-arc structure and the laser concentration required for each line.

I also like the relative freedom of writing middle grade novels, which allow me to flesh out characters and include sub-plots.

Now I’m working on a sequel to Me and the Weirdos. I’ve always wanted to return to the fun characters. I still get the occasional email telling me how much someone enjoyed the book, originally published in 1981. Some of the fan mail is quite heartwarming, for example, telling me how the book instilled a love of reading and/or helped someone through a difficult time with its “being weird is just fine” theme.

CGE: You are a writing tutor. What’s your best piece of advice for your students and our Writers’ Rumpus writers?

CGE: What does the future hold for Jane Sutton?

JS: My next picture book, What’s Up With this Chicken?, is due out at the end of the month, from Pelican Publishing. I’m very excited about the book. The illustrations, by Peter J. Welling, are adorable, and the story is based on a real phenomenon about backyard chickens that one of my best friends told me about. In early October, Hallmark will publish my first title with them, a custom book in which the buyer indicates the recipient’s name, gender, hair color, etc. to create an appealing personalized book.The title has the child’s name, too; for instance, mine would be called, Jane’s Magical Hanukkah. I had fun writing my first rhyming story.

CGE: And we can pre-order What’s Up with This Chicken? now! Thank you, Jane, for your inspiration, talent, and beautiful books. And if our Writers’ Rumpus readers would like to connect with Jane, you can do so here: