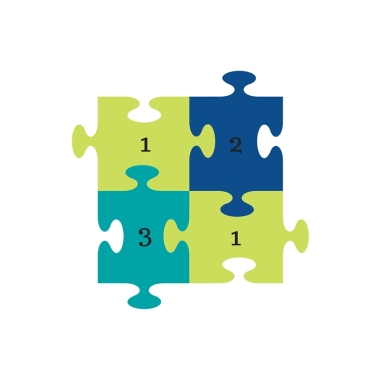 When I was little, I enjoyed doing color by number projects. The puzzle slowly unraveled to reveal a bigger picture at the end. Looking back, I try to make sense of why I enjoyed an inside-of-the-box experience when I have always been an outside-of-the-box type of thinker. One could equate this to page turns, and enjoying the suspense involved. Or maybe the step by step process of seeing something develop. Or perhaps it was the rule follower in me that just loved to be guided by numbers every once in a while.

As creatives, we color by numbers all the time without even realizing it. We want to know if ____ is working for others and if ____ is normal and if ____ has ever happened to our creative friends. Getting caught up in the subjectivity and waiting and rejection can leave us searching for normalcy. It’s not a comparison game, but more of a support system. We like to know what to expect while expecting. So, let’s color by numbers right now and rest in the comfort they provide. A special thank you to Carol Gordon Ekster, Kirsti Call, and Marianne Knowles for participating along with me in this survey.

About how many rejections have you had to date?

Marianne: My agent knows and I am not asking.

What is the greatest number of new drafts you have completed on a single manuscript?

Carol: So many, I don’t count.

How many drafts do you usually produce per manuscript?

Carol: I don’t count….I just keep revising, bringing it to groups, and reworking until I feel it’s ready to send out. But then I might go back over my many manuscripts when the mood strikes and change it again, and again!

Marianne: I don’t count, I don’t want to get discouraged.

What is the approximate number of times you have stumbled upon another book with the same concept as yours?

Carol: I don’t have an exact number, but I don’t stumble . . . I Google the topic and then take those books out of the library specifically to see how others have executed the concept.

Marianne: At least 10, and one of the novels I stumbled across was over 100 years old!

Carrie: At least 5 times. (Even after research.)

What is the approximate number of times that you have almost given up?

Carol: Never! Though, I have doubts frequently.

Carrie: I’ve dipped to the bottom of the roller coaster more times than I can count, but I keep holding on!

What is your approximate number of queries before getting a contract or an agent?

Kirsti: I only subbed about 5 times before I got my contract for The Raindrop Who Couldn’t Fall.  I realize that this is a complete miracle.  I’ve had at least 150 subsequent rejections!

Marianne: 20 before signing with my agent. No book contracts yet, but to be fair, I haven’t given her much to sell.

By the looks of things, we dedicate ourselves to revision, persevere through the tough times, and have not given up. This business is not always easy, but if we stick together we’ll get there.

How would you answer the questions above?