Josh Funk, author of Lady Pancake and Sir French Toast, knows more about being an author than how to cook up a great picture book. Josh generously shared his knowledge of the social media skills every author needs to master in a recent workshop entitled “How to Tweet Good: Twitter Tips & Tricks for Authors and Future Authors.” I was one of approximately 40 people who crowded into The Writers’ Loft in Sherborn, MA to hear what Josh had to say and he did not disappoint us.

Josh explained the nuts and bolts of Twitter, but I was most impressed with his kind encouragement for those of us who have been shy to participate in Twitter. Josh coined the metaphor that Twitter is “like a cocktail party where everyone’s invited.” Riffing on his metaphor, here are 5 tips I came up with to help you attend the Twitter party.

To join the Twitter party, create a profile by choosing a username and posting a photo. The temptation may be to find a clever phrase for a username or funny picture for a photo, but Josh says not to do this. If you wouldn’t wear a mask to a cocktail party, then you shouldn’t use an avatar photo or false name on your Twitter profile – unless you have a pen name that you already use and are known for.

Josh explained that the main reason for a writer to use Twitter is to make personal connections and foster durable relationships. When you meet someone on Twitter, you might later have the opportunity to meet in person at a live event. When you do, you want your face and your name to be recognizable. Conversely, if someone you know in another context is looking for you on Twitter, your name and face need to be visible. (The good news is that unlike on your driver’s license, you get to pick your best headshot!) And remember to make your profile public in the account settings, so they can find you!

But what do you do if someone else is already using your name? You can’t wear the same dress to the party. Josh’s tip is to add a relevant word to the end of your name so that you can still be found via the Twitter search field. Hence Josh’s handle is @joshfunkbooks.

TIP 2:  Dress to show off your personality.

While cute names and profile pictures may be ill advised, Josh recommends personalizing your profile in other ways. Specifically, you can add a background banner and select custom colors on your Twitter profile page. Before the workshop I had no idea how to do this. Now, thanks to the free online tool Canva that Josh recommended, here’s my first Twitter outfit:

I will probably try on a few outfits before I commit.

Once you’ve shown up at the Twitter party, what should you say? I find this to be the most daunting question. The pressure, particularly as a writer, is to think you should always say something clever. But Josh says it’s more important to focus on being genuine and positive. Twitter is not a good forum for complaints and criticisms. Like a live party, people tweet to have fun and be interested, not to engage in negative talk. Those who do say negative things at a party whisper them. But on Twitter, whatever you say is public – there are no whispered asides. Don’t say anything that you wouldn’t want an agent, editor, publisher, school librarian, bookseller, or your mom to overhear.

Like me, one of your concerns when you go to a party may be whether you’ll know anyone there. This, Josh says, is part of the fun of Twitter. Whereas on Facebook you are talking to people you already know, you can meet new people on Twitter.

Let’s say you decide to follow Josh @joshfunkbooks. When you search his name you can see who Josh follows and who else follows him. With a few exceptions, you can choose to follow any of those same people. Voila! You have just said hello to a stranger at the Twitter party. Now you wait and see what they have to say and whether they decide to return the greeting (that is, follow you back). Josh refers to this as part of the “cascading effect” that is inherent to Twitter – your social circle expands exponentially.

In his reassuring manner, Josh adds that it’s important not to take it personally when the conversation ends, whether after a brief exchange of tweets or without a reciprocal follow. It is simply the nature of Twitter. And while it’s fun to see your number of followers climb, you are not trying to talk to everyone at the party. Rather, Josh underscores, you are trying to make meaningful personal connections that will expand your network of people within the kidlit community. Exciting!

You wouldn’t show up at a cocktail party with a bag of books to sell – at least I hope not! Likewise your tweets should not all be about you or your latest book. While it’s fine to announce your book birthday or other accomplishments, tweet your interest in what others are saying and doing at least as much, if not more, than tweeting your own horn. Otherwise you’ll be the bore at the party that people can’t wait to get away from.

I hope my 5 tips will encourage you to join the Twitter party. For more on Twitter etiquette and the mechanics of how to use it, check out this online guide by kidlit author Debbie Ridpath Ohi (a.k.a. @inkyelbows).

To be among the first to find out about Josh’s next workshop, book trailer, book birthday, etc. AND the workshops, book trailers, book birthdays etc. of his writing friends, create your own Twitter profile and follow Josh Funk @joshfunkbooks. You can also follow The Writers’ Loft @writersloftma, its founder Heather Kelly, and the person Josh credits for everything he knows about Twitter, author Jess Keating. Feel free to look for me at the party too – I’m the one smiling shyly hoping to meet other nice people: @wendyleiserson. 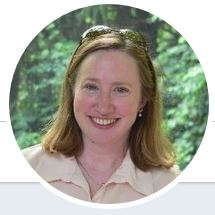 Wendy recently realized that instead of being a professional student she could write outside of academia! A member of SCBWI and The Writers’ Loft, Wendy writes nonfiction for all and fiction for children (PB/MG). Prior to becoming a writer, Wendy practiced and taught nonprofit law. She holds law degrees from Oxford (B.A. Hons.), SUNY at Buffalo (J.D.), and Harvard (LL.M.) as well as a degree in psychology from Smith College (B.A.). Wendy lives happily with her husband, Charles, daughter, Katie, and a sweet but grumpy cat named Tigger. The family dinner table expands to include her 3 delightfully grown-up stepchildren and their families.

By Kirsti Call and Corey Rosen Schwartz, Illustrated by Claudia RanucciSeptember 1, 2020
Mootilda wakes up on the wrong side of the barn and experiences one cow-tastrophe after another! Available today from Little Bee Books.

By Josh Funk, Illustrated by Edwardian TaylorOctober 27, 2020
It's Not a Fairy Tale #3, Available today from Two Lions Press.