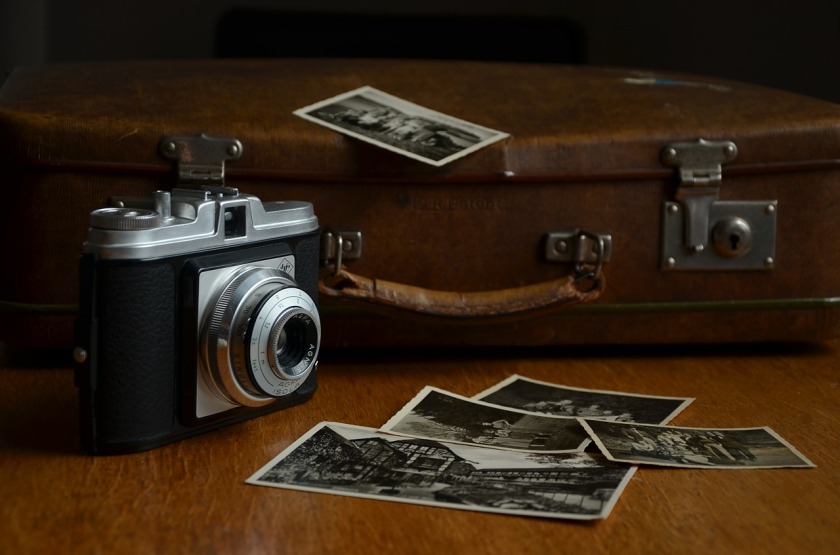 I recently started revising my YA science fiction novel. I have very vivid pictures of each character in my head. When my critique partner read a few chapters, she had a major question for me.

I am a theatre girl. I grew up reading plays. Most, like William Shakespeare use very little stage directions or character descriptions. In some cases, there is no description of the character given at all. They just enter.

So when it comes to describing characters, I have to make a special pass in the revision stage to fill in the details and bring what is in my minds’ eye to the page.

For this revision, I went to several books that I have read in the last year for some inspiration. I wanted to see how crazy in depth authors go to describe the appearance of their characters; what they make important, and what they leave out.

A Little Bit On the Nose

From Project X-Calibur by Greg Pace.

“He looked about eight years old. He wore a checkered short-sleeved shirt buttoned all the way up, a fishing hat, and bulky cargo shorts. Black socks poked out of his white sneakers. Total dork.”

Although I do appreciate the directness, I wanted more insight past what he was wearing.

From Miss Peregrine’s Home for Peculiar Children by Ransom Riggs.

“I emerged into the sticky-hot evening to find Ricky smoking on the hood of his battered car. Something about his mud-encrusted boots and the way he let smoke curl from his lips and how the sinking sun lit his green hair reminded me of a punk, redneck James Dean. He was all of those things, a bizarre cross-pollination of subcultures possible only in South Florida.”

This is my favorite version of describing a character. He paints a picture of the character as if in a snapshot (apropos for this particular novel). It’s not over descriptive, and provides us just enough to get the visual without being too explain-y about it.

Characters in a First Person Narrative Describing Themselves

All of my novels are in first person. This one can be tricky. Some authors I have found come up with subtle ways to share what the MC looks like, mostly through how other people talk about them.

Jim Butcher, author of the Dresden Files, revels in describing all of the magical people in his world. To describe the narrator, he just had him look in a mirror.

“After a minute I pulled over, killed the engine, and squinted up at myself in the rearview mirror of the Beetle. I looked like a train wreck. My features are usually kind of long, lean, all sharp angles. I’ve got almost-black hair to go with the dark eyes. Now I had grey and purplish circles under them. Deep ones.”

He proceeds like this for almost the rest of the page. Too rich for my blood, but the character is emblazoned in my brain.

Let the Narrator Be Real About It

From Feed by M.T. Anderson

“She was the most beautiful girl, like, ever. She was watching our stupidity. She had her crash helmet under her arm. She had this short blonde hair. Her face, it was like, I don’t know, it was beautiful. It just, it wasn’t the way – I guess it wasn’t just the way it looked like, but also how she was standing. With her arm.”

Even if the description is awkward and a little bit vague, this is completely how the main character in first person narrative views the girl, and everything else.

From Man Made Boy by Jon Skovron.

On the very first page.

“A massive figure filled my bedroom doorway. He had to angle his shoulders and stoop his head just to fit through. He looked at me with watery, mismatched eyes that glared beneath patchy hair and a protruding brow. Black, uneven stitches zigzagged across mottled skin without any pattern or regularity. He lifted one massive, stitch-and-scar-covered hand and pointed a thick finger at me.”

Well, this is clearly a description of Frankenstein. There are so many adjectives, “watery, mismatched, patchy, protruding”. Sometimes, in this case, I think it works. For the most part though, I feel like simpler is better.

I decided to take a page out of M.T. Anderson’s book and let the narrator be real, with a sprinkling of Ransom Riggs and the photograph approach. This is my first go.

“Trys was easily the most beautiful girl on the station, and not just because I was crazy about her. No one could fault her squinty green eyes, the slope of her nose, the birthmark on her cheek; because everything about her fit together just right. Being near her was like drinking a glass of ice water while stuck in the freighter engines. Stars she was beautiful.”

What are some of your favorite descriptions of characters? Feel free to add to the Writers’ Rumpus!