A BOY CALLED BAT was my favorite chapter book of last year. BAT AND THE WAITING GAME, the second book in the series is an incredible follow up. It masterfully shows the inner life of an autistic boy. Well written and beautifully illustrated, this book is fun to read and will resonate with kids and adults alike. The friend and family relationships and portrayal of autism and it’s challenges are authentic and compelling.

BAT is quirky, likable and genuine. His reactions to the world and to other people show how he misunderstands people’s cues, yet his intentions are  good. Throughout the book, people misunderstand BAT’S good intentions, particularly when he speaks very literally without realizing how it will make others feel.

In this second book, BAT is better at suppressing thoughts that others might find rude. I especially enjoyed BAT’s friendship with Israel. Israel is very tolerant of BAT’s idiosyncrasies. When BAT tells Israel he asked a stupid question, Israel’s response is: “You know BAT, sometimes you could be nicer.” BAT’s love for Israel is obvious even though what he does sometimes makes Israel feel otherwise. By the end of the book when Israel helps BAT rectify a mistake that ruins his sister’s play performance, BAT better understands how to be a true friend.

I highly recommend this book! And if you haven’t already, go out and read A BOY CALLED BAT. You won’t regret it. 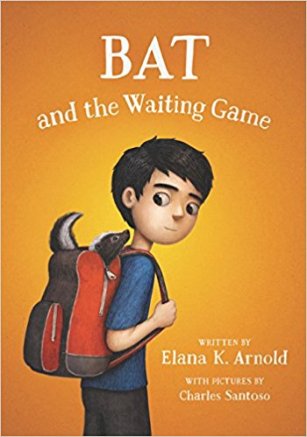 Bat and the Waiting Game by Elana K. Arnold

The second book in the irresistible and “quietly groundbreaking”* young middle grade series starring Bat, an unforgettable boy on the autism spectrum.

For Bixby Alexander Tam (nicknamed Bat), life is pretty great. He’s the caretaker of the best baby skunk in the world—even Janie, his older sister, is warming up to Thor.

When Janie gets a part in the school play and can’t watch Bat after school, it means some pretty big changes. Someone else has to take care of the skunk kit in the afternoons.

Janie is having sleepovers with her new friends. Bat just wants everything to go back to normal. He just has to make it to the night of Janie’s performance… 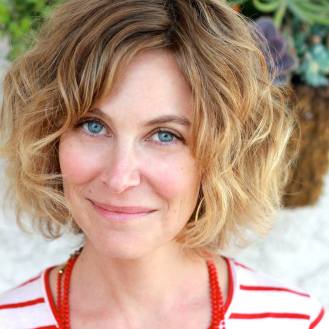 Elana K. Arnold grew up in California, where she, like Bat, was lucky enough to have her own perfect pet — a gorgeous mare named Rainbow — and a family who let her read as many books as she wanted. She is the author of picture books, middle grade novels, and books for teens, including the National Book Award finalist title What Girls Are Made Of. Elana lives in Huntington Beach, California, with her husband, two children, and a menagerie of animals. She calls the “Bat” series for Walden Pond Press “books of her heart.” You can find her online at www.elanakarnold.com.

Click here for an educator’s resource related to the book.  To read more about BAT AND THE WAITING GAME, go to the other stops on the blog tour, here:

3/12 For Those About to Mock, @abouttomock Sam Eddington