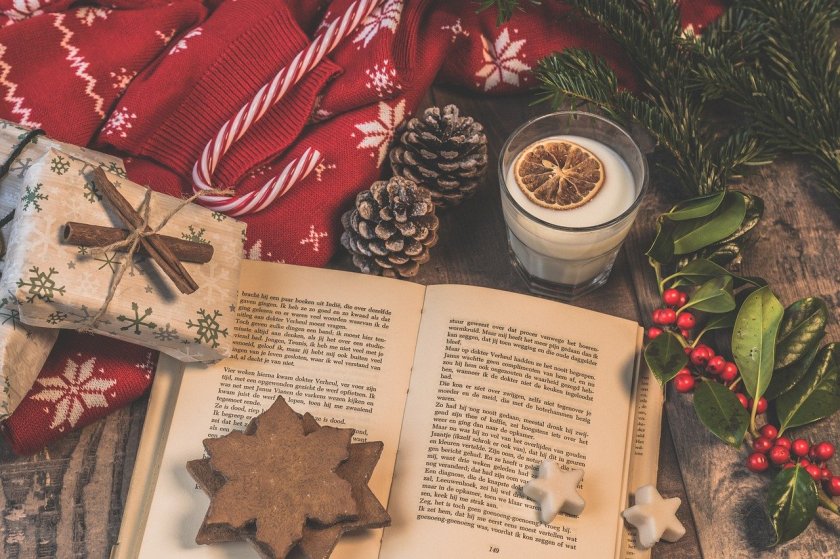 As the publishing industry grinds to a temporary halt for the winter holiday season, a number of authors are hoping for a holiday miracle in the form of an offer or else bracing for quick-form rejection letters for outstanding queries as agents and editors seek to rapidly clean their inboxes before indulging in a short winter break in order to spend time with friends and family. We all deserve a break—though it can feel difficult to allow yourself permission to rest when success still feels like it’s lying in wait just a little further ahead.

Winter can be an invigorating time for us writer folk. We look forward to long months where the cold and dark give us the perfect excuse to spend hours upon hours curled up inside (preferably with steaming mugs of hot chocolate) happily plunking away at our manuscripts. Sometimes, though, winter can be a dispiriting time where the cold and bitter seem to overwhelm, and it’s difficult to believe that spring’s thaw is just around the corner, waiting to uncover newly fertile soil.

For many in the kidlit industry, the past couple years have been tough ones. Even before COVID-19 reared its ugly head, there was a feeling of burnout and overwhelm. Just last Friday, Author Marie Tureaud helpfully put a finger on the vague sense of dis-ease many of us have been feeling when she tweeted a thread about this very topic:

Tureaud offers an inside look into what we have all been able to witness from the outside: the kidlit industry is struggling, and authors are becoming dispirited in the face of lower-than-average interest in queried manuscripts. Hopefully this is a temporary phenomenon—in fact there’s good reason to be optimistic about the long-term future of kidlit—however by this point it’s clear that many authors will need to adjust expectations in the short term.

And that’s where Tureard’s advice—to use this time not to scramble, hustle, or ‘get ahead,’ but rather, TO REST—may be most applicable. For those feeling especially overwhelmed, to the point where they’re wondering whether or not it’s even worth it to pursue a career in kidlit—I might suggest taking the concept of “rest” even further this season by indulging in some real, quality wintering.

Katherine May, author of Wintering : The Power of Rest and Retreat in Difficult Times, gives us the following definition in her new book:

“Wintering is a season in the cold. It is a fallow period in life when you’re cut off from the world, feeling rejected, sidelined, blocked from progress, or cast into the role of an outsider.”

According to May, wintering is what we often do after a big transition, shock, or disappointment. It can be lonely, sometimes even emotionally painful, and many of us would rather avoid it—but it’s actually a necessary phase in which we reckon with the unpleasantness life has dealt us, gather our strength back to ourselves, and develop a toughened outer skin, a chrysalis from which will we soon break through and emerge newly ready to take on life’s challenges.

Many writers, including myself, could benefit from such a season in the midst of what amounts to a fallow time for the industry. If you are feeling burned out or beaten down by the difficult publishing landscape, consider whether your inner writer might be experiencing a season of wintering—and whether you can support yourself in taking time for the rest and renewal your creative brain may be craving!