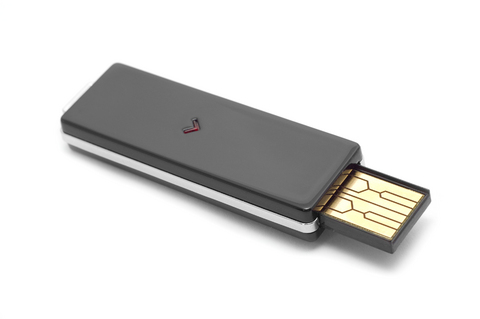 Today is World Backup Day 2015. Save your work in progress before you lose it to an April Fool’s virus! Here are some simple suggestions. Originally published January 2014.

New Year’s resolutions often involve promises to do things that we know are for our own good, but which have no immediate consequences if we ignore them. We know we should have salad rather than pizza, or fruit instead of chocolate. (Or should we have salad with pizza, and chocolate-dipped fruit for dessert?) But the consequences of questionable food choices take months to be obvious, so it’s easy to slide.

As writers or digital illustrators, the consequences of not backing up our works-in-progress are even less obvious—until they are suddenly, heart-stoppingly impossible to ignore. I don’t have statistics on how many of us writers back up, how often we back up, or even if we back up. I only know that once a year or so, someone in my circle loses everything. For me, it was five years ago when my fairly young computer (only 18 months!) made hideous noises and then crashed. I ended up paying to have the files recovered. Not everyone chooses to pay for data recovery (yes, your novel-in-progress is considered “data”), and sometimes the drive is too far fried to recover anything. But the need for data recovery can be avoided completely if you make—and keep—a resolution to BACK IT UP!

Here are a few suggestions at the “for-dummies” level to help you do this. Never mind what your tech-savvier friends and relatives say is the “best” way; when it comes to backing up YOUR work, the method that’s easiest for YOU is the best choice. This list is by no means exhaustive, and I am by no stretch an expert on this topic, but I’ve consulted a technical advisor: my daughter the engineering student, who has done tech support for art students and thus has experience explaining technical matters to non-techies like me. (Thank you!)

First Save the File: If you’re in the habit of opening “Document 1” and banging away without saving, you’re at risk. If something happens, your computer may not even “know” that your work exists, and there may be nothing you can do to recover it—especially if your computer is more than a year or two old. This sounds really basic but someone I know lost hours of work this way a few months ago. So before you type a single word, “Save As” a “Named File.” That tells the computer where to look to recover it.

All backup methods are simply ways to store your data files somewhere else in addition to your computer’s hard drive.

Store in the Cloud: My tech advisor says that “in the cloud” is just a fancy way to say that the data isn’t “stored locally;” i.e. not on your computer. Instead, it’s stored on a “cloud drive” server somewhere else, which means you need internet access to use this method. Most cloud services “sync” your files across multiple devices, so in addition to being in the cloud, your most updated version is also on your laptop, tablet, etc., without any extra effort on your part. Many services are free up to a certain number of bits-n-bytes; the free accounts are usually adequate if all you’re storing are Word files. Illustrators generate bigger files and may need a paid account. Try Dropbox, Apple’s i Cloud, Microsoft Sky Drive, or a gazillion others. (Update: SkyDrive was replaced by OneDrive in February, 2014.)

A downside to storing in the cloud is that files automatically update to reflect changes you’ve made. If you think maybe a chapter was better before you revised it, the earlier version is gone. Plus, if you get a nasty data-altering virus on your machine, the cloud drive will update to the corrupted files. 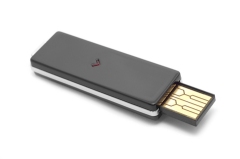 Save to a Flash Drive: Also called thumb drive, data stick, USB drive, and other names. As long as you make a habit of saving your files to one of these at the end of every session of writing or revising, it works great. Plus they’re reliable. I once put a flash drive containing my husband’s entire archive of original poetry through the laundry (hundreds of poems!) and the drive still functioned—but I don’t recommend taking that risk, especially with someone else’s work. Which brings up another of my tech advisor’s points: the more backup methods you have and use regularly, the better.

External Hard Drive: This is like a flash drive but holds a lot more—up to and including everything that’s on your computer. This means you can back up your copy of Microsoft Word or Adobe Illustrator in addition to the files you create using them. You may or may not be able to set up automatic backups. If in doubt, develop the habit of backing up manually.

Send to a Friend: If you regularly swap manuscripts electronically with a critique partner, agree that you will both hold onto each other’s most recent versions of your works-in-progress, rather than deleting them promptly. That way, if disaster strikes, your partner can do more than sympathize over the loss of your work—she can rescue it. For that matter, you can create your own separate email account using Gmail, Yahoo, or another service, solely for the purpose of receiving backup files.

CD-ROM or DVD: My tech advisor says that optical data storage will be extinct in a few years and, admittedly, I’ve seen more shiny CDs in crafts than in computers in the past few years. But it’s still a viable solution if your equipment has an optical drive (a.k.a. CD-ROM or DVD drive—y’know, that little drawer that pops out? And yes, some new computers still come with optical drives, so they won’t go extinct that quickly). Before you burn the file, make sure to format the disc correctly so you can open it on a different computer if yours crashes. 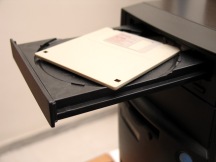 Floppy Discs: If you’re still working on a computer with a floppy disc drive, buy new equipment. Or at least younger equipment. Seriously.

Cross Your Fingers and Hope: Doesn’t work. Trust me, I’ve been there. Same answer for “Ignore the need,” and “Count on someone else to do regular system backups.” That last one is even worse because there is the potential of relationship fallout, just like there is with laundering a flash drive archive of original poetry. (Hey, he left it in his pants pocket, but still, I really lucked out with that one.)

If the worst happens: It’s always good to see if someone can rescue your files before giving up on them or doing anything reckless that may keep them from being saved (like smashing the drive with a rock in frustration—oops, I mean trying to open the drive yourself). I used Gillware Data Recovery of Madison, Wisconsin. They’re fast, they ask you to approve a price quote before they do the work, and if they can’t recover your files, you don’t pay. It’s inexpensive compared to many similar outfits, plus they offer a free (up to 2GB) backup service to help prevent data loss the next time.

How do you back up? Do you have a “how I learned the hard way” story to share? Are you a backup wizard with more suggestions and advice? Join the conversation in the comments section.

Update: And for all the word nerds who care (which should be all of us writers), here’s a great post on When to Use “Backup” vs. “Back Up” at The Weird World of B. K. Winstead.
He also has a great post on understanding cloud backup at Cloud Backup: a Brief Primer for the Practicing Writer, Part 1. He provides easy to follow, step-by-step, illustrated instructions for setting up Dropbox in Cloud Backup for Writers, Part 2. and instructions for installing and using OneDrive, the successor to SkyDrive, in Cloud Backup for Writers, Part 3.