Animation has been called the illusion of life. It’s the optical illusion of persistence of vision that creates the effect of a moving image on your screen, from a series of still images played rapidly in succession — usually 12 to 24 separate frames per second.  Picture books don’t have sound or motion like an animated film, but the reader provides some movement in the flipping of the pages. In well-designed picture books, the pacing, rhythm and flow of text and illustrations move the reader through the story, like the flow of a good short film.

In December 2014, I finished creating my 3 minute film, The Search for the Monster of Lake Quannapowitt as a 2D Animation Master of Fine Arts final thesis at the Academy of Art University.  In the process, I learned how to write a script, create storyboards, draw detailed background layouts and I drew over 2,000 frames of animation by hand on a Cintiq tablet.

In the last year, I’ve been developing my work in writing and illustrating children’s books and I’ve found that many of the lessons from animation carry over. There are of course, the 12 principles of animation, which perhaps I’ll get to in a future post. For now, I’d like to focus on iterations. I’ll follow up with the concepts of planning and observation in parts two and three of this series.

When animating or creating a picture book, you can’t just make one perfect, polished drawing, and then move on to the next one sequentially.  One way to find the best solution for your story is to run through lots of iterations – at the beginning of the process, it’s great to come up with a ton of different ideas quickly, then later you can narrow down your focus to spend more time on the concepts that work best for your project. 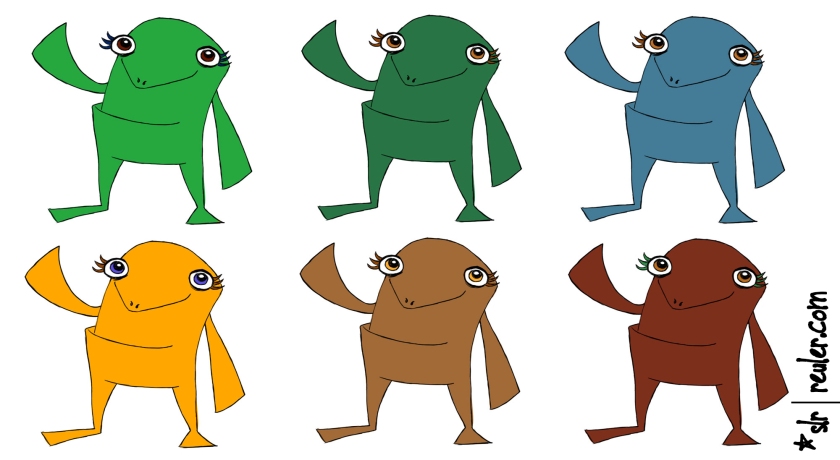 I’ve found that it works well to “rough out” the key frames or key points in the story, to get the feeling for how one image should move to the next. You can nail down the proportions and details in the cleanup/revision phase, after you’ve planned out the overall arc by playing with your initial ideas. If you can generate lots of different roughs, then each individual iteration won’t feel as precious, and it will be easier to objectively rearrange or eliminate elements that aren’t adding to the project as a whole.

(An early rough of scene 27 – note the lovely voice of Alison Potoma!)

There’s a quote that I’ve often heard attributed to Chuck Jones (producer/director of many Warner Brothers films including the old Roadrunner and Coyote cartoons):

“You have a hundred thousand bad drawings in you.  The sooner you get rid of them, the better it will be for everyone”.

As daunting as this seems, it resonates with me — if I’m prolific, then eventually, my work should improve!

When I first started writing years ago, I used to find the idea of a “first draft” super intimidating — am I really going to have to do this whole thing over again, for a second or even third draft?!  As an aspiring perfectionist, I would nitpick my first few words endlessly to get them “right” before moving on.  But now I find comfort in the idea that the first version doesn’t need to be perfect and in fact, it’s no problem if it’s rather crappy.

These days, I go through many iterations for my favorite pieces, whether it’s a short animation, picture book dummy or single illustration – lots of versions of thumbnails (super rough, tiny idea sketches), different iterations of a script and storyboard (if applicable), experiments with composition/staging, at least a few versions of color comparisons and then several takes on the final linework and painting texture before a piece is “finished”.  It’s not the “perfect first execution”, but rather the repetition of the process and the quantity of ideas that will lead to better final product.

Next month, I’ll post about planning, another great crossover concept.

In the meantime, if you’re interested in learning more about animation, here are some great places to start: 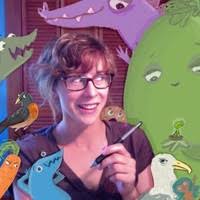 Writers’ Rumpus is delighted to welcome Sarah Lynne Reul as a new semi-regular blogger. Sarah is an illustrator, writer and award-winning 2D animator who likes science, bright colors and figuring out how things work. In addition to her many other accomplishments, Sarah Lynne Reul is the illustrator of Alison Potoma’s series, The Smith Family Secret. Learn more at www.reuler.com.

By Kim Chaffee, Illustrated by Alexandra BadiuJanuary 10, 2023
40 days to go.