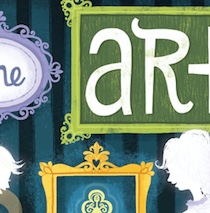 By: Kristine Asselin and Jen Malone

We’re joining you today from the land of co-writing to (hooray!!) reveal the cover for our first joint venture! This book was so much fun to write, but also incredibly fun to plot, which is one of the places in the book writing process where having two brains in the mix can spark some incredible “what if’s”…

Because there’s a lot out there about how books are written, but less on how book ideas are initially conceived, we thought we’d chat a bit about how this story came about and where we were able to take it, from that germ of an idea.

For a little background, THE ART OF THE SWAP tells the story of two 12 year-old girls who switch places in time. One is a modern tween who lives in a mansion-turned-museum with her caretaker father, and who travels from our time back to the Gilded Age (1905, specifically). The other is an American heiress from 1905 who lands in today’s world. In order to swap back to their rightful places, they need to work together across time to solve a century-old art heist that occurred in the mansion where they both live. We like to think of it as FREAKY FRIDAY meets DOWNTON ABBEY. Although the story is a fast-paced mystery, we also get to play around a lot with subtle commentary on how the roles of women/girls have changed (and places where the changes still need to happen), which wasn’t something we really considered when we first brainstormed the idea.

Speaking of first brainstorming, let’s do some time traveling of our own, and go back that fateful day in June of 2015!

Jen: Kris and I were carpooling back from New Jersey, where we’d both been in faculty at the NJ-SCBWI conference. Creeping along in I-95 traffic, we did what any writers would do- we started sharing story ideas for someday books. It started as a way to help the other pick out what to write next. In fact, I have a slip of paper in my desk drawer that Kris wrote (since I was driving at the time), which reads “Jen’s next three books are going to be…” and then lists each blurb. Erm, I actually haven’t written any of those yet! And one reason for that is that THE ART OF THE SWAP derailed things—in the best way possible. SWAP was actually one of the ones Kris was mulling over, and as soon as she started talking about it, I got a shiver of excitement up my spine. So, full credit to Kris for the concept!

Kris: My family has loved visiting Newport, RI to take in the history and majesty of the Gilded Age for years. Once, when my daughter was six, we visited the Breakers at Christmas. Touring the property, she asked a gazillion questions of the docent, prompting the bemused young woman to ask, “How old is she again?”

A curious history buff who asks a lot of questions was not hard for me to imagine.

A few years later, in the summer of 2013, we toured a less well known property. I think it was Kingscote. The tour guide made a passing gesture to a closed door. “That’s where the caretaker lives.” I turned to my kiddo—who was probably ten at the time—and said, “how cool would it be to live in this house as the caretaker?”

An idea was born.

At first, I thought of the project as “The Caretaker’s Daughter.” It would be a MG contemporary about living in a mansion as the child of an employee. I did some research. I found out that The Elms has had the same caretaker since the early 1980s and raised his daughter as a single parent while living there.

I adore The Elms. The most technologically advanced property of the day. Train tracks in the cellar. I hadn’t even written a word, but the idea began to take shape. I thought about it a lot. I didn’t share the idea with too many people because it wasn’t much more than a kernel. And then in the summer of 2015, Jen Malone and I shared that fateful ten-hour drive to New Jersey and back.

An idea was about to become something real. I’ve always LOVED time travel, but I never thought I’d be able to write it. Talk about shivers up the spine!

Jen: I’m a huge fan of historical fiction, though I’d never tried writing it before. But everything about the time period and the setting and the wish-fulfillment premise of growing up in a museum (as a child my favorite book was FROM THE MIXED UP FILES OF MRS. BASIL E. FRANKWEILER) captured my imagination. I knew Kris had a perfect gem of an idea! I can’t remember if it was on that car ride or maybe sometime in the following week that I worked up the courage to say, “Hey, I really, really, really love that story concept and if you ever think you’d want to share it with a co-author, I’m raising my hand high!” Luckily, Kris is a lovely and generous soul because she didn’t even hesitate to say, “Let’s do it!”

Kris: It was totally during that ride. And then two or three weeks later, we were on Cape Cod for a program with author friends Trisha Leaver and Kate Conway and we were in the car AGAIN, and I was like, “were you, um, serious about co-writing, because that would be super cool?”

And then we were totally off…I think we had a synopsis and four chapters by the end of the summer, and Simon & Schuster had offered on it by October. It was incredible and I’m still pinching myself that we got to write this book!

Jen: So that was it– the birth of a book. From there, there were research trips to Newport and interviews with the caretaker and his daughter (now an adult living in Hawaii) and countless hours spent going down internet wormholes to find out the age that girls started wearing corsets in Edwardian times and when ponytail elastics were invented (for the record, mid-1800’s) but we’re finally at a point where it’s done enough that it’s taking book shape. It even has a cover, which we’re thrilled to reveal for the first time RIGHT HERE AND NOW…

Kris: (Spoiler alert: we love it!) 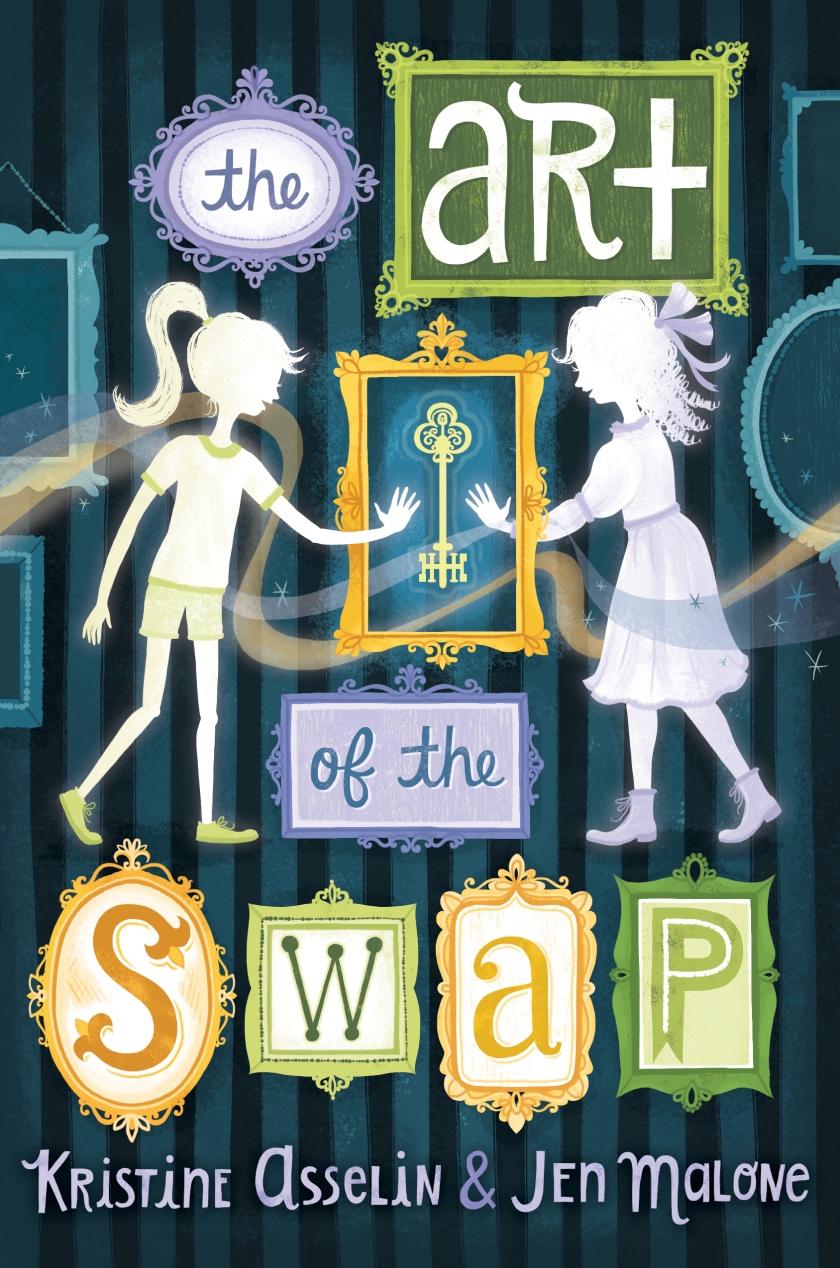 *The Art of the Swap will be released by Simon & Schuster/Aladdin in February 2018. Add it to your Goodreads list here.

The Art of the Swap

Hannah Jordan lives in a museum . . .well, sort of. She is the daughter of the caretaker for mansion-turned-museum The Elms in Newport, Rhode Island. Hannah’s captivated by stories of The Elms’ original occupants, especially Maggie Dunlap, the tween heiress subject of a painting that went missing during a legendary art heist in 1905.

But when a mysterious mirror allows Hannah and Maggie to switch places in time, suddenly Hannah is racing to stop the heist from happening, while Maggie gets an introduction to iPhones, soccer (which girls can play!), and freedoms like exploring without supervision. Not to mention the best invention of all: sweatpants (so long, corsets!).

As the hours tick off to the art heist, something’s not adding up. Can the girls work together against time—and across it—to set things right? Or will their temporary swap become a permanent trade?