Dreaming Robot Press is a tiny little publisher in the small town of Las Vegas, NM – much less glamorous than its sister city in Nevada. The creation of Corie and Sean Weaver, Dreaming Robot Press exclusively publishes science fiction and fantasy for children, particularly middle grades and YA fiction. They are best known for their annual anthology, the 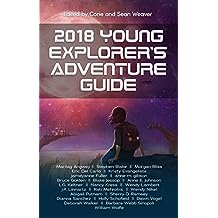 Young Explorers’ Adventure Guide. The 2018 edition is available today on Amazon.com and in any independent bookstore through Ingram. It recently garnered a Kirkus Starred Review, and last year, the 2017 edition landed a SFWA Star Project award. In addition, they have published several middle grades and YA novels. Disclosure: Dreaming Robot Press is also the publisher of my first novel, A Witch’s Kitchen, in September 2016.

I met up with Corie and Sean Weaver at Bubonicon in Albuquerque, NM in August 2016. I’ve since updated the information to reflect what they’re working on right now.

Dianna Sanchez: What inspired you to start a small press?

Corie Weaver: We had a conversation with a friend about books for her daughter. She wanted to know what was available in SF that didn’t include romance. Also, my niece is in fifth grade and not at all interested in romance. This became a larger group discussion on Facebook where we asked, “Can you think of any appropriate titles with a female main character but no romantic subplot?”

Sean Weaver: Or where women weren’t there simply to be rescued?

CW: We came up with very little, and we realized that if we want to see more of that, we ought to do something about it. I worked at a publishing house ten years ago, and Sean had worked in magazines and newspapers, so we thought, “Hey, we can do this!”

DS: How did you come up with the name for Dreaming Robot Press?

CW: About that time, we lost contact with the Mars rovers Pathfinder. I love the Mars rovers and get completely absorbed by them. So I told myself, “It’s just taking a nap.” In my head, the rovers have had engineers around them, talking to them and putting their thoughts and love into this creature, and then they go off on their missions, break down, and take long naps. What do rovers dream? If they were children, what would they want to read about? It’s not really a [Philip K.] Dick reference, but that was certainly in the back of our heads. And then we got the logo illustration, and it was exactly what we’d imagined.

DS: DRP is best known for the Young Explorers’ Adventure Guide, an annual anthology of science fiction written specifically for children, especially middle grades readers. You fund YEAGthrough annual Kickstarter campaigns. What are some of the advantages of using Kickstarter? What challenges have you had to overcome?

CW: People peruse Kickstarter like a shopping mall. A lot of people find the anthology through Kickstarter who wouldn’t otherwise. The challenge is meeting our goal. We try to set our goal realistically so that the project funds. We’re going to do the project anyway, but the Kickstarter gives us tremendous exposure. We have young men in the Netherlands who have backed every one of our projects. It also brings in preorder money which helps to defray up-front expenses.

DS: When did you decide to expand into publishing children’s fantasy and science fiction novels? Why branch out into fantasy?

CW: We always wanted to do novels, from the beginning, but we knew that as a new press, it was asking a lot of an author to trust us, a completely new press. If we started with the anthology, it would build up our credibility. Also, we might land an author who had written for the anthology.

DS: For my novel and Susan Jane Bigelow’s The Demon Girl’s Song, you also ran a Kickstarter campaign. How was this campaign different from the YEAGcampaigns? What did you do to market the novels beyond the Kickstarter?

CW: In some ways, the authors for the anthology have all been paid, so promotion is completely optional. Some Kickstarters raise the authors’ payments, but we don’t, so authors may choose not to participate and help promote the Kickstarter. Which is fine, that’s not their job. With the novels, the authors are much more involved.

DS: Because we have more at stake.

CW: In fact, with the anthology, some people have been super involved. Three authors are doing a reading at CanCon right about now.

DS: You introduced me to the concept of Facebook author parties, which are crazy fun. How do you use social media for your marketing efforts?

CW: Facebook author parties are super fun. We’re still experimenting with different ways of running them. There are so many different things you can do. I watch other small presses – one small press ran a party with a treasure hunt. We could do that.

In general, social media allows us to do more targeted advertising at a much more affordable rate. We can target for a particular author, gender, age range, librarians. People identified through their buying habits as parents or grandparents.

SW: We wanted to meet authors and work with authors, and the anthology has allowed us to meet the coolest group of authors. The recent author party was amazing! Authors who weren’t even in this issue wanted to come back anyway and help out. 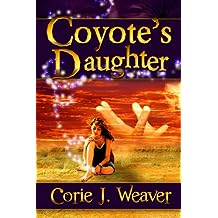 DS: Corie, you’re also a science fiction author [Mirror of Stone, Coyote’s Daughter, Bear’s Heart]. Does this give you a different perspective on selecting and editing manuscripts? How has becoming a publisher affected your writing?

CW: I don’t write much anymore. I have an outline of a YA trilogy hammered out, but it’s been sitting idle for two years, but I’m hoping to get back to it soon. We are hiring help for Dreaming Robot Press, and I think we have built enough infrastructure that I can now go back and forth between publishing and writing. As the business grows and we move closer to the black, I can start scaling back my day job, too.

DS: Sean, you’re the graphic design wizard behind the layouts, book trailers, and marketing literature, but you’re primarily a photographer. How has DRP challenged you as an artist?

Working with Dreaming Robot Press hasn’t affected my work, it’s an extension of what I do. It’s important to me that I have something that feeds my soul, something to live for and be passionate about. Working on DRP is very rewarding. A couple of years ago, I was reflecting on what to do to improve the world. We had gotten going on publishing, and it clicked that we inspire kids. We can inspire girls to grow up to be scientists and boys to be scientists alongside girls.

DS: What’s it like working together creatively? What advantages have you found in your partnership?

SW: We have different perspectives. We’ll have two ideas floating around that combine in interesting ways. When we first met, we had very different interests but the same values. We both want our authors to be happy, so we’ll go back and forth until we find a solution that works for everyone.

CW: I’m the author’s advocate and Sean is the reader’s advocate. At the end, what we want is a good solid story. With the artwork, trailer, and bookmarks, Sean might not always follow my ideas, but what he creates still comes out great.

We both believe in the potential of children given the right inspiration. Stories shape our world. Science fiction shows you, Hey, you can be all these things: steamship captain, starship captain.

SW: We’re the post-moon-landing generation. We saw what humanity is capable of. We were raised in a generation that believed in the possibilities.

CW: Asimov, Bradbury, all of it, SF shapes the future. I want kids inspired to make medical advances to help me in my old age. (laughs)

DS: Have you always had an interest in science and science fiction?

SW: My dad’s an engineer and my sister’s a nurse, so I’ve always had an interest in science.

CW: I wanted to be an astrophysicist. I worked at UCSD at the Triton observatory, but they had to relocate the observatory. It had a hardwood floor that was susceptible to vibration. In some ways, astrophysics was my first love, but I found it wasn’t what I wanted as a career. I still love knowing how things work. I read everything.

DS: What do you look for in a manuscript? What keeps you reading past the first page? What do you wish for that you haven’t seen yet?

CW: That’s impossible to answer. We never know until we see it.

SW: What people come up with always surprises us. When I first opened A Witch’s Kitchen, I just fell in love. What a great concept! I love finding something we haven’t seen before.

CW: Right, don’t tell the same story we’ve seen over and over. And READ THE GUIDELINES.

DS: What’s in your queue, now that the 2018 Young Explorers’ Adventure Guide is out in the world?

CW: Well, as you know, in 2018 we’ll be publishing A Pixie’s Promise, your sequel to A Witch’s Kitchen, as well as Twain’s Treasure, the first book in a new series, and we’re currently reading for the 2019 Young Explorers’ Adventure Guide.

DS: What are your future plans for DRP? Where do you see yourselves five years from now? Ten?

CW: By five years we’d like to have our pipeline and process sorted so that we’re regularly publishing three to four novels a year in addition to the anthology. It’s hard to believe that in ten years we’ll have almost fifteen editions of anthologies available – which means almost an entire generation of kids could be growing up with a smorgasbord of science fiction shorts!

Dreaming Robot Press is currently accepting short story submissions for their 2019 Young Explorers’ Adventure Guide. As Corie says above, please read the guidelines before submitting. You can follow them on Facebook @dreamingrobotpress.

Dianna Sanchez is the not-so-secret identity of Jenise Aminoff, also known to her children as the Queen of Sarcasm. She has worked as a technical writer, electrical engineer, programmer, farmer, and preschool cooking teacher, among many other professions. Her middle grades fantasy novel, A Witch’s Kitchen, debuted from Dreaming Robot Press in September 2016, and she is hard at work on the sequel, A Pixie’s Promise. A Latina geek originally from New Mexico, she now lives in the Boston area with her husband and two daughters. See www.diannasanchez.com.