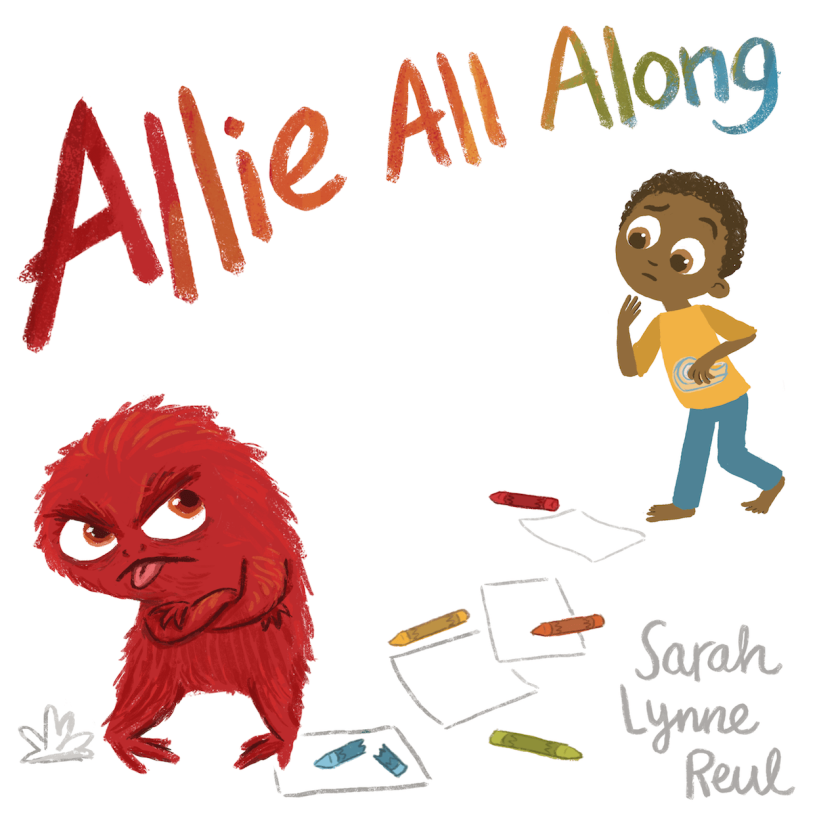 Today’s the day that my second picture book, ALLIE ALL ALONG, becomes available wherever books are sold!

On the surface, the story is about toddler temper tantrums . . . but underneath, it’s about frustration over not having control over things that happen in your life . . . as well as finding ways to regain some control over challenges that seem beyond your abilities.  It was inspired by the relationship between my two girls, and all the ways that we work together to shake off the worst of our angry layers when our feelings get too big.

Just like for my first book, THE BREAKING NEWS, there were tons of different iterations of the title and the cover before the final versions went to print.

Here are some early cover sketches . . .

. . .and some mocked up cover options that I sent to my editor & art director at Sterling Publishing – Eliza Berkowitz & Irene Vandervoort (after we decided to change the title from original THE ANGRY LAYERS to the final ALLIE ALL ALONG) . . .

. . .and here’s a small sampling of the other titles we had considered along the way:

UNDER THE ANGRY, IN THERE ALL ALONG, THE CRAYON LAYERS, UNDER ALL THE LAYERS, HOW TO SHED THE LAYERS, DEEP DOWN BELOW, HOW TO GET ALLIE OUT, ALLIE AT THE CORE, ALLIE UNDERNEATH, THE CRAYON CRISIS, THE CRAYON INCIDENT, THE BROKEN CRAYON, WHEN THE BLUE CRAYON BROKE . . . plus so, so many more.

Together, Eliza, Irene & I decided that we wanted to focus on the big feelings and the relationship between the siblings. It was difficult to find a balance for the cover illustration that didn’t give away too much about who Allie really is, but eventually Irene mocked up the following image using parts of illustrations from the interior: 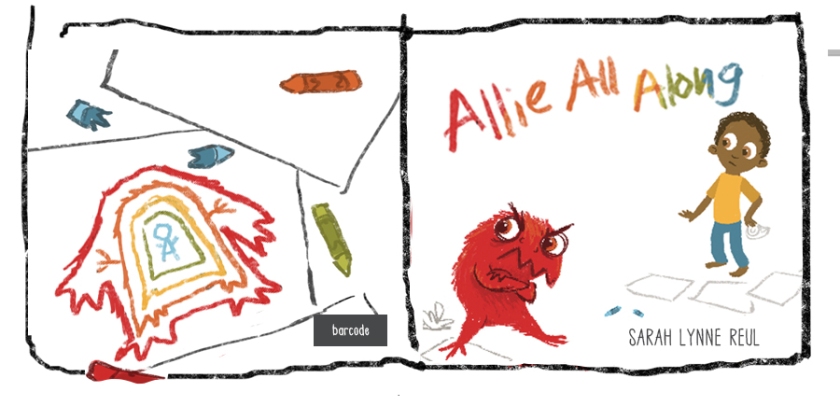 I redrew the characters for the cover, and then we went through a series of changes to adjust the Allie’s expression: 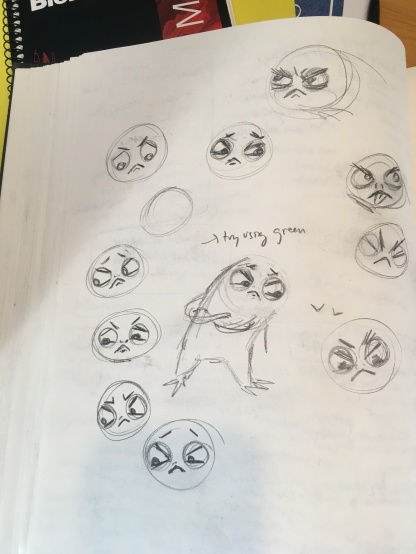 We even considered a few different treatments for the book’s spine. . .

And I was super pleased with the final version – especially since we were able to have separate illustrations for the dust jacket & the cover!

Many thanks to my agent, Emily Mitchell, editor Eliza Berkowitz & art director Irene Vandervoort for helping to make this book the best it could be!

Sarah Lynne Reul is an illustrator, writer and award-winning 2D animator who likes science, bright colors and figuring out how things work. Learn more at reuler.com.

By Kirsti Call and Corey Rosen Schwartz, Illustrated by Claudia RanucciSeptember 1, 2020
Mootilda wakes up on the wrong side of the barn and experiences one cow-tastrophe after another! Available today from Little Bee Books.

By Josh Funk, Illustrated by Edwardian TaylorOctober 27, 2020
It's Not a Fairy Tale #3, Available today from Two Lions Press.