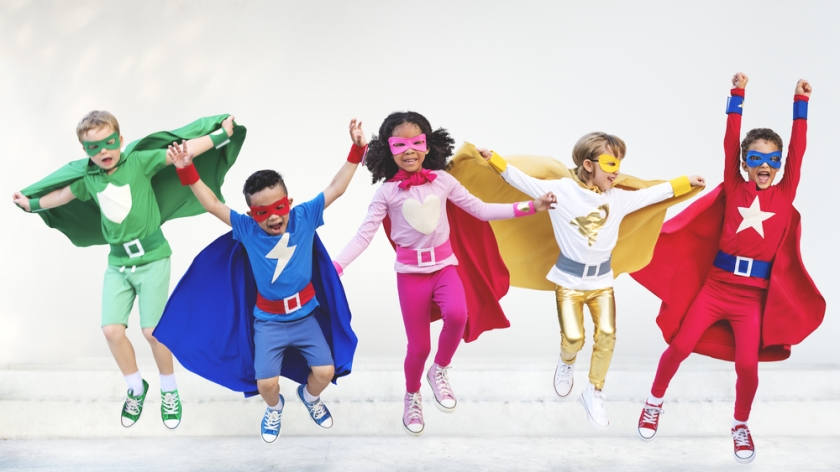 How did we get from there to here?

WE USED THE SUPERPOWERS OF WRITING GROUPS!

Our public successes are the tiny, visible result of years of ongoing effort and mutual support. For every published book, our group has had, collectively, hundreds of rejections, non-responses, revisions, and rewrites, plus some heartbreaking “no’s” after months of interest. Many of us have manuscripts out on submission. All of us have stories that need polishing, half-developed ones that need finishing, messy first drafts that need total rewriting. All of us have ideas—so many ideas!—waiting for us to turn them into stories.

It’s easy to get overwhelmed or discouraged—but we keep meeting! In our 2018 meetings, 32 people completed 525 critiques of each other’s work. We’ve done THOUSANDS of critiques since our writing group was founded. Most of us belong to multiple groups, so that’s just a tiny tip of the iceberg of effort.[1] We also go to conferences, trainings, and meetups. We take classes and online challenges.

When you meet with other writers or illustrators, you learn from each other, sharpen your skills, improve your manuscripts and sketches, polish and target your queries and subs. You find out that EVERYONE gets far more rejections and nonresponses than requests. And you keep each other going.

AND THAT’S HOW WE SUCCEED!

Rebecca Ketling said it well in last month’s post Finding Your Place in the Writing Community:

I’ve learned more and gotten more books written in the past two years with my writing groups than I did in the previous decade of writing alone… I owe all of this to my writing community. And I wish you the same…minus the ten years of lost time!

Here’s a roundup of our good news from 2018, alphabetical by author:

THE ART OF THE SWAP by Kristine Asselin and Jen Malone (Simon & Schuster/Aladdin); TWO of our authors teamed up on ONE fantastic middle-grade body-swapping history mystery. Talk about the power of community! Kris posted about the co-writing experience on their book birthday.

ANY WAY YOU SLICE IT The Vernon High Chronicles #1 (Wicked Whale); Penelope Spaulding falls in love with hockey…but she’s not entirely sure if it’s the game she’s falling for, or the boy who dared her to play. (This came out in late 2017 but we’re counting it!) 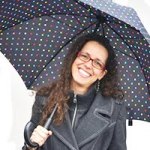 THE RAINDROP WHO COULDN’T FALL illustrated by Lisa M. Griffin (Mazo Publishing); Mazo republished the story of Plink, a raindrop who is unable to fall until she changes the way she thinks about falling; Literary Classics Seal of Approval. (previously with Character Publishing).

Kirsti signed with agent Emma Sector at Prospect Agency in June 2018. Kirsti interviewed Emma on the blog in July.

Kim signed with agent Natascha Morris at BookEnds Literary Agency in May 2018. She represented herself for the sale of her 2019 books HER FEARLESS RUN and NOTHING WEE ABOUT ME! (see below). 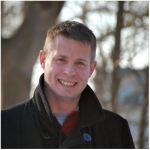 THE BOOK TREE Illustrated by Rashin Kheiriye (Barefoot Books); When the Mayor bans books after one drops on his head, young Arlo fights for the right to keep and read books!  Carol Gordon Ekster interviewed Paul for the blog in October, when the book launched.

YOU KNOW WHAT? Illustrated by Nynke Mare Talsma (Clavis Books); This sweet, universal story of a boy who delays bedtime by asking the same question over and over is coming out in Chinese, Korean, and Arabic editions. The English edition was a 2018 SCBWI New England Crystal Kite finalist and was shortlisted for 2018 CLEL Bell award in category “Talk.”

RUTH THE SLEUTH AND THE MESSY ROOM Illustrated by Kimberly Soderberg (Mazo Publishing); Mazo republished this tale of a girl who cleans up her room to find her mother’s missing oven mitt before the cookies are done in a large print paperback edition. Literary Classics Seal of Approval for the 2013 edition with Character Publishing (now closed). 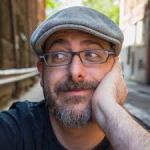 ALBIE NEWTON illustrated by Ester Garay (Sterling Children’s); Meet Albie Newton: child genius. He’s a whiz at inventing things. But is he inventive enough to figure out how to make friends?

HOW TO CODE A SANDCASTLE illustrated by Sara Palacios, with Girls Who Code (Viking/Penguin); Pearl, a human girl, and her robot friend Pascal write computer code to solve their sand-castle challenge. 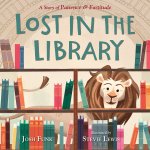 LOST IN THE LIBRARY: A STORY OF PATIENCE & FORTITUDE illustrated by Stevie Lewis (Henry Holt/Macmillan); The first picture book about the two lion statues guarding the New York Public Library. Josh tells how this book came to be in his post The Intellectual Properties of Getting Lost in the Library.

THE ART OF THE SWAP by Kristine Asselin and Jen Malone (Simon & Schuster/Aladdin; TWO of our authors teamed up on ONE incredible fantasy-mystery-history middle-grade book billed as “Downton Abbey meets Freaky Friday!” Jen blogged about the cover reveal and how they decided to write together in 2017. A Hungarian edition was also published (Pagony)

BEST. NIGHT. EVER.  (Simon and Schuster) Paperback release; Jen was one of seven authors telling the story of seven classmates preparing for one crazy night at their middle-school dance. Released in hardcover in 2017.

(Roaring Brook/Macmillan); A little girl learns how to manage scary news: look for the helpers, and be one yourself. Sarah tells how the power of writing communities led to this picture-book debut in her post The Breaking News and Kidlit Community.

ALLIE ALL ALONG (Sterling); Poor Allie! She’s in a rage, throwing a tantrum, a fuss and a fit. Is there a little girl hiding under all those angry layers? Can her big brother help? Sarah describes the process of creating the cover art for this book in her post Allie All Along: The Cover Story. 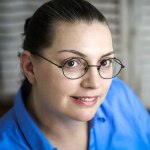 The Enchanted Kitchen #2 (Dreaming Robot Press); Petunia, a pint-sized Pixie, teams up with Millie to save the Enchanted Forest. Read Marti Johnson’s review here. Look for two more books in the future, because Dianna negotiated her own three-book deal, with help from Author’s Guild. 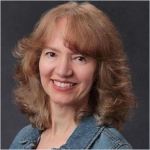 ROLLER BOY (Fitzroy Books); Marcia’s third middle-grade novel is about Mateo Garcia, a boy whose dreams are crushed when he fails to make the school’s baseball team. But when he wins free lessons, he finds himself with  a growing passion for roller skating. Read Laura Fineberg Cooper’s review here.

February: FALLING FOR WONDER BOY by Kristine Asselin (Wicked Whale); When Kate Anderson signs up for the junior golf championship, then finds out her family’s golf course depends on her winning!

March: IT’S NOT HANSEL AND GRETEL by Josh Funk, Illustrated by Edwardian Taylor, Book 2 in the “It’s not a Fairy Tale” series (Two Lions); Hansel and Gretel will not listen to their storyteller. Hilarity ensues!

April: FARM THE FARM, written & Illustrated by Sarah Lynne Reul (Little Simon/Simon & Schuster); this follow-up to PET THE PETS has little ones lift flaps to take care of farm animals.

July: THE ARRIVAL OF SOMEDAY by Jen Malone (HarperTeen) Amelia is known as Rolldemort on the roller derby track. But when a rare liver disease flares up, she finds herself saddled with a new persona: Dying Girl.

November: NOTHING WEE ABOUT ME! A Magical Adventure by Kim Chaffee, illustrated by Laura J. Bobbiesi (Page Street Kids); Liesel has her ladle and is ready to embark on an epic adventure…and be home in time for dinner.

Fall 2019: HOW TO CODE A ROLLERCOASTER by Josh Funk, illustrated by Sara Palacios, with Girls Who Code; (Viking/Penguin); Pearl and her robot friend Pascal are back, this time riding a roller coaster!

Fall 2019: AN ELF’S EQUATIONS by Dianna Sanchez (Enchanted Kitchen #3, Dreaming Robot Press); Millie’s mathematically-minded friend Sagara, an elf, gets her own book in the series.

Did you finish a manuscript in 2018? Submit to ten agents? Create your website? Revise a manuscript (or two or ten)? Share your 2018 successes in the comments!