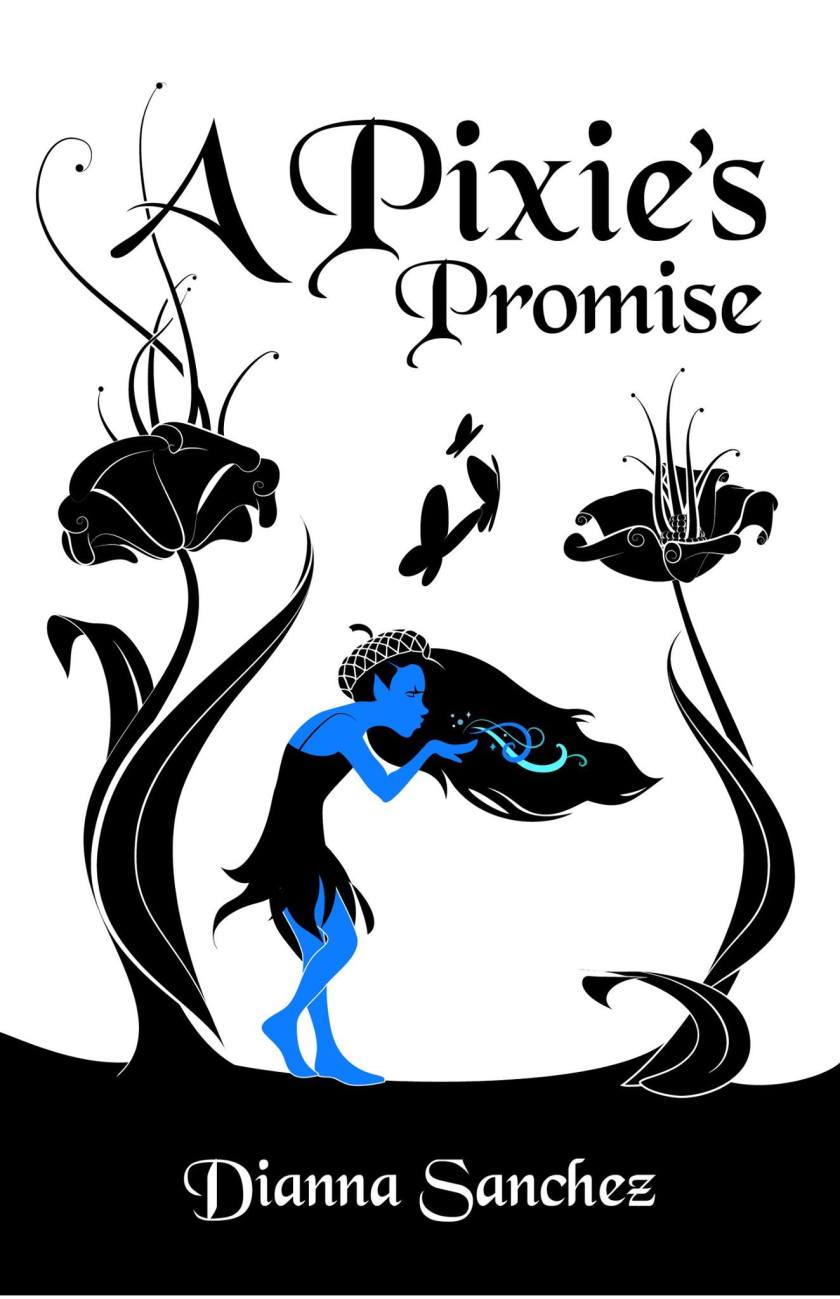 Petunia may only be a six-inch pixie but she gets into a dragon’s size of trouble in A Pixie’s Promise.

In this middle-grade fantasy Petunia and her friends Millie (a witch), Max (a wizard), and Segara (an elf) provide us with another delightful visit to Sanchez’s Enchanted Forest where trees talk, dragons teach school, and goblins, dwarves, and fairies squabble over everything. We first met this magical foursome in Sanchez’ companion novel, A Witch’s Kitchen, released by Dreaming Robot Press in 2016.

In A Witch’s Kitchen, Millie cooks up delicious treats. In A Pixie’s Promise, Petunia brews potions. I sense a theme here.

Dianna Sanchez, a.k.a. Jenise Aminoff, is an MIT alumna with a background in science and technical writing. She has blended her writing skills, scientific mind, and love of cooking to stir up delicious fantasies for young readers that just might make your mouth water or stomach growl.

Petunia, unlike most Pixies, likes to play and work with the other magical creatures of the forest. Instead, as we learn in A Pixie’s Promise, Petunia loves to make potions more than anything else. But in order to work with Bogdana, who is the most powerful potion maker in the forest and also Millie’s mother, Petunia must make a magically-binding pixie’s promise.

When Petunia physically cannot break her pixie’s promise, the Forest is threatened. But, “bugs and slugs,” as Petunia would say, it’s lucky Petunia is not “stupid or lazy or helpless” (p. 180). And, she has spunk! In the face of danger, Petunia hurls bad jokes at the offending dragon. “What do dragons call knights? … Why is it easy to figure out a dragon’s weight?” Or, my personal favorite, “Why are dragons such good storytellers?” (For the punch lines, go to p. 181). Even though Petunia is big enough to handle these misadventures on her own, fortunately she doesn’t have to. Millie, Max, and Segara return from their school vacation just in time to help Petunia battle spickle-pox, save dragons, fight fire, and confront the mysterious Vanir.

Who are the Vanir? I can’t tell you everything, because it’s worth reading to find out. Besides, I have a feeling we’ll be hearing more about them in future visits to this fantastic forest, where adventure abounds and friends are more magical than anything.

Is there anything I would have changed? I would have spent much more time with Horace the House Ghost in the walls of Millie’s home, and I would have dragged-on (get it?) the part where they fly over Dragon Vale and learn that dinosaurs are not extinct. But, like the Vanir, I have a suspicion that dinosaurs may be in Petunia’s future.