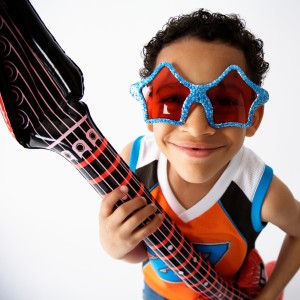 This afternoon I’ll be alongside my critique partner Dee Romito (of Write For Apples fame) presenting a workshop at the New England SCBWI conference called Ask A Mentor. Envision speed-meeting agents, editors, and published authors in an intimate setting and having the chance to ask them any questions you’d like. Until the bell rings and you move on to the next table, that is.

When I attended this conference (my first) for the first time two years ago I knew not one single person. Well, that’s not true. I knew a couple by sight because I had joined the Andover critique group the month before and had attended precisely one meeting. But that didn’t mean I remembered any names! The idea of even being on an elevator with an agent or an editor made me want to throw up with nerves.

But over the last two years, I’ve come to realize a few things. The kidlit community–more than any other industry I’ve been part of–has embraced and perfected the art of paying it forward. It seems each person on the proverbial “wall” has one hand reaching above to get a pull up and the other reaching below to give one. I’ve found this particularly true of other writers, but, without fail, every agent and editor I’ve interacted with has been equally friendly and sincere.

People on the “inside” of this mystifying industry may seem intimidating as hell, but they’re really just regular people who are sniffling from their seasonal allergies, and hoping they remembered to sign their child’s field trip permission form, and wondering what’s for dinner later. They’re just like you. More than that, they also WANT to get to know you. They do not necessarily want to be pitched your latest project under the bathroom stall (actually, forget the “necessarily”- they really, really don’t), but they likely DO want to answer your questions about what trends they’re seeing in middle grade or gossip about how well #WeNeedDiverseBooks is trending today.

So wherever you are in the world today, do this: just say hello. At a book signing, on Twitter, in the comment section of a blog post–it doesn’t matter. And if you happen to be at THIS conference, swing by Ask A Mentor, where we’ve gathered them all in one place for you.

Related posts:
The Odd World of Writing for Children by Paul Czajak
Networking Is Half the Battle by Josh Funk

By Josh Funk, Illustrated by Edwardian TaylorNovember 1, 2022
28 days to go.