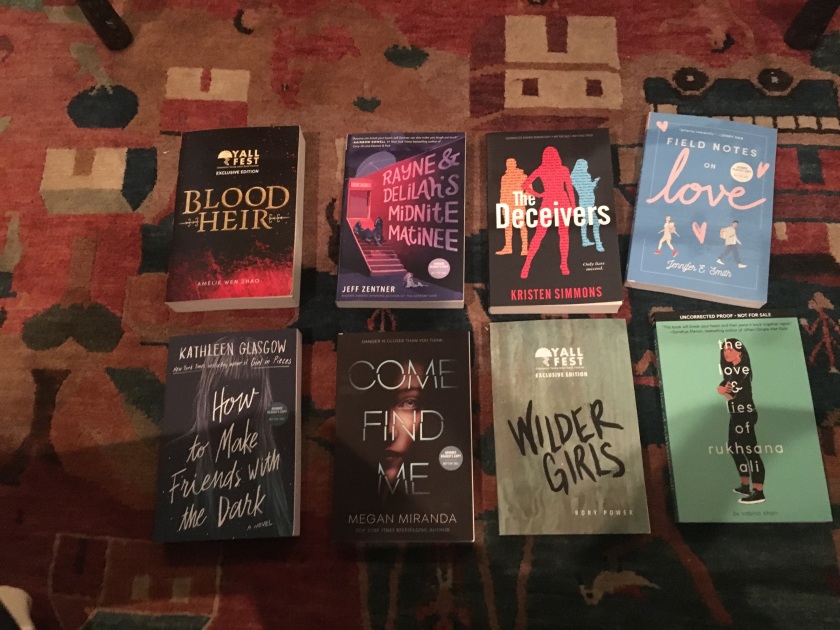 With 2018 coming to a close,  it’s time to look ahead to some of the most anticipated Young Adult novels of 2019. I’ve been fortunate enough to get my hands on Advance Reader Copies (ARCs) of some of the novels coming out in 2019. So far, every book has blown me away.

THE LOVE & LIES OF RUKSHANA ALI by Sabina Khan 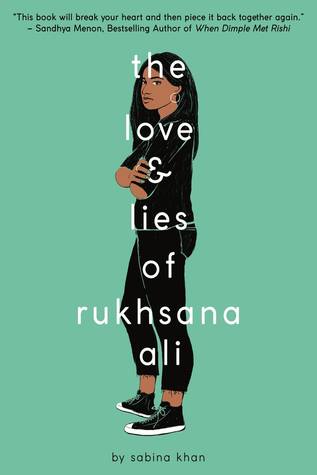 Blurb: Seventeen-year-old Rukhsana Ali tries her hardest to live up to her conservative Muslim parents’ expectations, but lately she’s finding that harder and harder to do. She rolls her eyes instead of screaming when they blatantly favor her brother and she dresses conservatively at home, saving her crop tops and makeup for parties her parents don’t know about. Luckily, only a few more months stand between her carefully monitored life in Seattle and her new life at Caltech, where she can pursue her dream of becoming an engineer.

But when her parents catch her kissing her girlfriend Ariana, all of Rukhsana’s plans fall apart. Her parents are devastated; being gay may as well be a death sentence in the Bengali community. They immediately whisk Rukhsana off to Bangladesh, where she is thrown headfirst into a world of arranged marriages and tradition. Only through reading her grandmother’s old diary is Rukhsana able to gain some much needed perspective.

Rukhsana realizes she must find the courage to fight for her love, but can she do so without losing everyone and everything in her life?

Sandhya Menon puts it best on the cover blurb “This book will break your heart and then piece it back together again.”

I have read plenty of “page-turners” before, but I didn’t understand what it meant to be-on-the-edge-of-your-seat until I read this book. Sabina has crafted a story full of characters that your heart deeply cares for and thrusts them into situations you can’t even begin to imagine. The amount of emotions I went through in the few hours I binged this book is something I’ve never experienced before.

Also, there are gay girls in STEM. Who doesn’t love gay STEM girls?

THE LAST 8 by Laura Pohl

Blurb:  Clover Martinez has always been a survivor, which is the only reason she isn’t among the dead when aliens invade and destroy Earth as she knows it.

When Clover hears an inexplicable radio message, she’s shocked to learn there are other survivors—and that they’re all at the former Area 51. When she arrives, she’s greeted by a band of misfits who call themselves The Last Teenagers on Earth.

Only they aren’t the ragtag group of heroes Clover was expecting. The group seems more interested in hiding than fighting back, and Clover starts to wonder if she was better off alone. But then she finds a hidden spaceship, and she doesn’t know what to believe…or who to trust.

If you are a fan of Independence Day then this book is for you. I actually haven’t had a chance to read the final copy, but Laura Pohl is a critique partner of mine and I was able to see this manuscript in its infant stages. It was amazing then, so I can’t wait to read it in its full glory.

The plot is full of twists that keep you guessing until the very end, but it is the characters that make you stay.

THE LAST 8 hooked me straight from its first line. “My abuelo says that there are people who belong to the earth, and others, like us Martinezes, belong to the sky.” Clover is a survivor. She’s tough and real. Laura makes the reader feel for Clover, even when she’s not as open as we wish.

AGAIN, BUT BETTER by Christine Riccio

Blurb: Shane has been doing college all wrong. Pre-med, stellar grades, and happy parents…sounds ideal — but Shane’s made zero friends, goes home every weekend, and romance…what’s that?

Her life has been dorm, dining hall, class, repeat. Time’s a ticking, and she needs a change — there’s nothing like moving to a new country to really mix things up. Shane signs up for a semester abroad in London. She’s going to right all her college mistakes: make friends, pursue boys, and find adventure!

Easier said than done. She is soon faced with the complicated realities of living outside her bubble, and when self-doubt sneaks in, her new life starts to fall apart.

Shane comes to find that, with the right amount of courage and determination one can conquer anything. Throw in some fate and a touch of magic – the possibilities are endless.

This is an older YA and could probably be considered Adult because it does jump to six years in the future, but I’m very happy that YA is beginning to branch into college. Young Adult is all about discovering yourself, and that’s what college is. This is the book I needed when I went to college.

The voice is brilliant. There is a Harry Potter reference on the first page. Any book that can do so without it feeling forced has a gold star with me.

Blurb: It’s been eighteen months since the Raxter School for Girls was put under quarantine. Since the Tox hit and pulled Hetty’s life out from under her.

It started slow. First the teachers died one by one. Then it began to infect the students, turning their bodies strange and foreign. Now, cut off from the rest of the world and left to fend for themselves on their island home, the girls don’t dare wander outside the school’s fence, where the Tox has made the woods wild and dangerous. They wait for the cure they were promised as the Tox seeps into everything.

But when Byatt goes missing, Hetty will do anything to find her, even if it means breaking quarantine and braving the horrors that lie beyond the fence. And when she does, Hetty learns that there’s more to their story, to their life at Raxter, than she could have ever thought true.

WILDER GIRLS is unlike any other book I’ve ever read.  I will admit that it took me a little bit of time to get used to the voice, but as soon as I did, I was hooked. These girls are survivors. There’s no easy way out of their situation, and Rory makes her characters work for everything they have.

This book has been called a feminist Lord of the Flies, but I think it’s much more than that. It shows the reader exactly what lengths girls will go to survive. It is raw and powerful. It is unapologetic.

There are many other books releasing in 2019, but I highly suggest picking up these five. If you keep an eye on my Twitter, I will be hosting giveaways of these novels. I’m currently hosting a giveaway of THE LOVE & LIES OF RUKSHANA ALI.

Which 2019 book are you most excited for? Comment below.