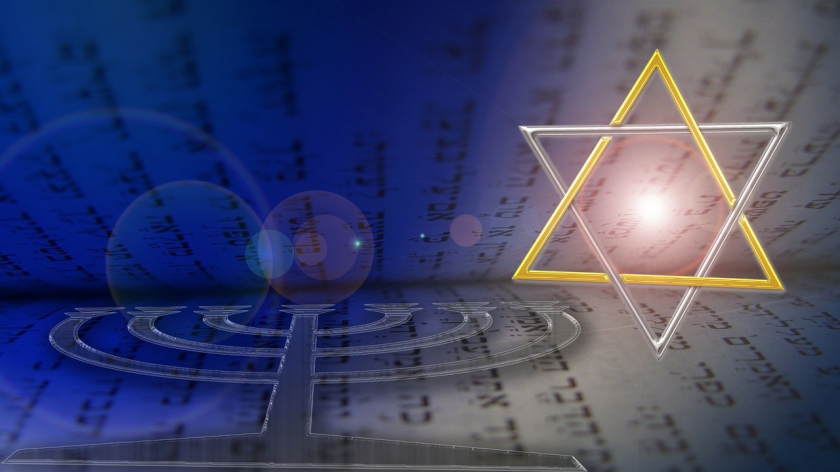 This is more than an interview with a young adult author about her newest book. Recent events in the news reveal that antisemitism has not abated since the moment in time this novel portrays. Susan Kaplan Carlton’s protagonist lives a story that parallels aspects of the author’s own experience and concludes with the resonance of a shofar’s call. 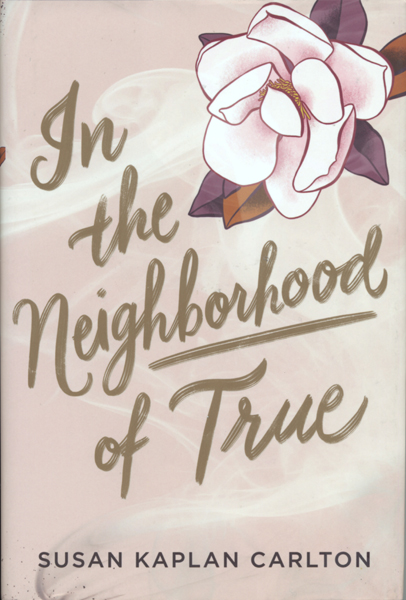 Joyce Audy Zarins: Welcome Susan. How wonderful it is that your newest YA novel, In the Neighborhood of True became available on April 9th. Congratulations! Ruth Robb, your sixteen-year-old main character, travels quite an arc in this story.

Susan Kaplan Carlton: Ah, thanks so much. Ruth does have quite the journey—geographically, romantically, socially, and morally. Ruth moves from the Upper West Side of New York to her mother’s hometown of Atlanta in the sticky summer of 1958 and finds herself in the land of sweet tea, debutante dances, and the Ku Klux Klan. To fit in with the “pastel posse,” Ruth decides to keep the fact that she’s Jewish to herself—and soon she’s knocking back Coca-Colas at the restricted country club. But a heartbreaking night brings Ruth’s two worlds into conflict, and she has to choose between standing up for what she believes and losing everything she’s come to love about her new life.

JAZ: How can I have lived so long without knowing about that little pink book of etiquette? Do you actually own a copy?

SKC: The pink booklet—and its precise rules on everything, including when to show one’s cleavage—is a creation of my imagination, although our younger daughter was given something similar when we lived in Atlanta. Her pink book was handed out to girls at a couple of private schools in the city in advance of a fancy dance, and it explained how to properly accept or decline an invitation and so on. We moved from Atlanta to New England when that daughter was in high school, and my guess is the little booklet is lost somewhere along I-95.

JAZ: Your attention to pertinent detail makes this story seem redolent of the era and locale – “CoCola”, names like Thurston-Ann, the ubiquitous dresses and pearls, twinsets, and the all-Christian and all-white club. And regarding lipstick, “according to Mademoiselle magazine, red draws attention to both your mouth and your words.” Do you have advice for other writers about how to strike a balance in descriptive elements?

SKC: I’m more than a little in love with details. My good friend, the writer Marjan Kamali, says details in writing are like spices in cooking—too few and the writing is bland….too many and blech. For this novel, I collected a bunch of vintage fashion magazines and a 1958 yearbook to capture the clothes and attitudes of the times. One of my favorite parts of Ruth is that she describes herself as shallow, and yet her self-awareness and sense of social justice deepen as the novel unfolds. To make sure I got those details right—to make sure I wasn’t just drifting into tropes—I interviewed people who had lived through those days. I also took a trip back to Atlanta to comb through primary documents at the Rose Archives at Emory University and to visit key sites. There’s nothing quite like reading the rabbi’s original typewritten speech, or climbing up to the roof of the temple, or looking at the staircase that blacks had to use to access the segregated balcony at the Fox Theatre to make the fictional feel real.

JAZ: Davis Jefferson, one of the two boys who influence Ruth’s actions, fits the mold of someone a reader would expect to find in her circle of Atlanta friends. How did you settle on Max’s personality and name?

SKC: I think of myself as a Max—that is, an activist who wants to stand up for the truth. As for his name, I was inspired by many a Max I admire, including Max Cleland, the former Georgia senator.

JAZ: As stated on your website, when your family moved to Atlanta your personal experience there revealed what would become the main conflict within this book. How did that come about?

SKC: When our family moved to the South in the early aughts we were greeted at our new synagogue with a hearty “Shabbat Shalom, y’all.” But then one Sunday our daughter came home from Hebrew class and said: “Did you know my school got blown up 50 years ago?” That really shook me. The classroom where our kids spent their Sundays was a place that white supremacists blew up with 50 sticks of dynamite. The novel is really a repercussion of that bombing.

JAZ: With your background in journalism, was it tricky to adapt what you knew about the historical incident into fiction for teens?

SKC: It was surprisingly easy. I started, as I normally do, with an actual, factual event. In this case, there was a lot written about the temple bombing, including a terrific nonfiction book for adults that was a finalist for the National Book Award some years ago. But then, to make the novel mine and to explore the issues of identity and activism that interested me, I started asking a million “what ifs…” Especially this question: What if you fall so in love with a place—and with a boy—that you forget who you are?

JAZ: Although your story is set in 1958, the core incident could have happened yesterday or tomorrow. Did your agent or editor have any qualms about the presentation of the topic?

SKC: My agent and editor have been wonderfully supportive since day-one. The book took a million years to write—I’m slow!—and I never dreamed it would be so unbelievably, horrifyingly timely. I was just about ready to send the final draft to my editor when the rallies took place in Charlottesville. We have a daughter in school there, around the corner from where men with Tiki torches were shouting “Jews Will Not Replace Us.” And since then, of course, the synagogue massacre in Pittsburgh. The mosque bombings in Christchurch. The church bombings in Sri Lanka. And now Poway. I watched the unfolding horror of the Pittsburgh shooting with my eighty-eight-year-old father. As the names of the dead were read, I kept thinking that my dad could have been one of them. And then I thought, it could have been any of us.

JAZ: Your original title, Sweet Tea, morphed into something more suggestive of the gist of your story. Care to elaborate?

SKC: There is plenty of sweet tea in the book and that working title captured the feeling of place I was after. But as the book evolved and deepened—and became more about Ruth hiding who she is and less about the frippery of fashion and etiquette—the title morphed, too. As soon as Davis said to Ruth that her purported love of Truman Capote was “in the neighborhood of true,” I knew I had a better title for the story I wanted to tell.

JAZ: Each of the characters is believable, flawed, and dimensional. That is quite an accomplishment when writing about a different time period and society. Bravo.

SKC: Thanks much! I think good historical fiction is just good fiction—that the foibles and flaws of characters translate across time pretty easily. These characters took up residence in my brain and in my heart—the conniving mean girls, the know-it-alls, and the rest. I hope there are lots of universal moments in the book—about first love, sisterly support, pretty dresses, and social justice. Even an issue like discrimination seems not to have an expiration date, unfortunately.

JAZ: The actions of white supremacists are still dangerous sixty years after the bombing that catalyzed your book. What are your hopes regarding the influence your story may have?

SKC: To me, the book is about the strength we find within ourselves to speak up even when it’s hard and heartbreaking. Not all activists are loud, even in this Parkland age. Not all activists are sure of themselves. And, really, that’s the reason I wrote the book. There are so many times we deny, even briefly, a piece of ourselves. As I was writing, I had this flashback to college when my boyfriend asked me to not tell his grandfather that I was Jewish. And I said—sure, I’ll keep it to myself, no big deal. But it was a big deal. My hope for the book is that a reader will listen to that part of herself that reminds her who she really is. Late in the book, Ruth’s grandmother tells her, “When hatred shows its face, you need to make a little ruckus.” I think we could all benefit from making a little ruckus.

If you’d like a signed copy, Susan’s local independent bookstore, The Norwich Bookstore, has a link to order (and they ship!): https://www.norwichbookstore.com/book/9781616208608